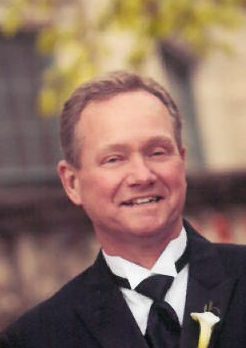 A memorial fund has been established in Jerry’s name. You may make a direct donation by clicking the following link:

The Memorial Service for Jerry will be recorded and posted here at his obituary page after services are complete for those who cannot attend in person.

Born on November 11th, 1953 in Florissant, MO to the late Elizabeth J. McColgan and James J. Smith, Jerry and his sister Deborah grew up outside of St. Louis, MO. He spent most of his formative years in the St. Louis area where his natural athletic abilities won him several competition medals. In 1973 Jerry moved to Columbia, MO to attend the University of Missouri – Columbia where his love of sports continued; skiing, skydiving, soccer, water polo– you name it, Jerry tried it. Never the life of the party but having a penchant for a good college prank, Jerry certainly enjoyed his years as a member of the Phi Kappa Theta Fraternity. After an exciting college career, Jerry graduated from Mizzou in 1977 with a bachelor’s degree in Business Logistics and Marketing. He moved throughout the Midwest before accepting a role with Crystal Print and ultimately putting down roots in Appleton, WI. He went on to work for Outlook Graphics in Neenah, WI as a Printing and Package Designer until he retired in November of 2019 after 20+ years of service.

Loved by all who knew him, Jerry’s serious nature was not to be outdone by his wit and dry sense of humor; his infectious laugh really could brighten up just about any room. And don’t let that serious nature fool you, he was one of the most genuine, sentimental, and selfless men you’d ever meet. Although Jerry would joke that he had few hobbies, his passion for his BMW motorcycle, fascination with history, love of cooking, diverse music tastes, and fondness for animals tells a different story. And while he was a man of few words, Jerry never missed an opportunity to tell his children how much he loved them, they truly were the greatest joy of his life.

Jerry is survived by his children, Shannon (Taylor) Capouch and Caitlin (Ryan) Vinoski and several other family members and friends. He is “Grandpa Jerry” to two beautiful grandchildren, Kenneth Capouch and Elizabeth Capouch whom he absolutely adored. He is preceded in death by his parents and beloved Siberian Husky, Sabre and Tabby cat, Marty.

Family and friends are invited to celebrate Jerry’s life at WICHMAN FARGO FUNERAL HOME AND CREAMATORIES, 1592 Oneida Street, Menasha, WI 54952, 920-831-9905 on Saturday, June 26, 2021. The visitation and memorial service will begin at 2pm with a reception to immediately follow at WILDER’S CUTTING EDGE BISTRO, 2639 S. Oneida Street, Appleton, WI. In honor of Jerry, family and friends are asked to wear bright, business casual clothing as to celebrate his life. In lieu of flowers, a memorial fund has been established: https://everloved.com/life-of/jerry-s-smith/. All donations will be made to the American Heart Associate in Jerry’s honor.

To share a memory or condolence, please visit https://wichmannfuneralhomes.com/obituary/jerry-s-smith/

A memorial fund has been established in Jerry’s name. You may make a direct donation by clicking the following link:

The Memorial Service for Jerry will be recorded and posted here at his obituary page after services are complete for those who cannot attend in person.