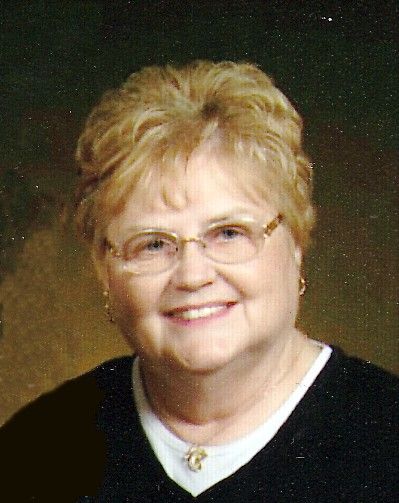 Yvonne Van Dyke (nee Chappa), Age 75, of Kimberly, passed away unexpectedly at her home on March 8, 2013. Yvonne was born on August 25, 1937, daughter of the late Harold and Theresa Chappa. After graduating from Berlin High School, she worked for First National bank for over 40 years. In 1956, Yvonne met the love of her life, Richard Van Dyke. On August 30, 1958, they were married at St. Marks Catholic Church in Redgranite. Richard and Yvonne enjoyed spending winter in Donna, Texas.

Yvonne was a volunteer at the St. Joe's Food Pantry, a member of the Woman's Auxiliary and the Kaukauna VFW. She also enjoyed shopping, bowling, playing cards, gardening, feeding the birds, ceramics and collecting bells and teacups. Above all, she enjoyed spending time with her family and friends.

The funeral liturgy for Yvonne will be held at 12:00 p.m. on Thursday, March 14, 2013 at HOLY SPIRIT PARISH (620 East Kimberly Avenue) with Father David Beaudry officiating. A time of visitation will be held from 10:00 until the time of Mass. Online condolences may be expressed at www.wichmannfargo.com.