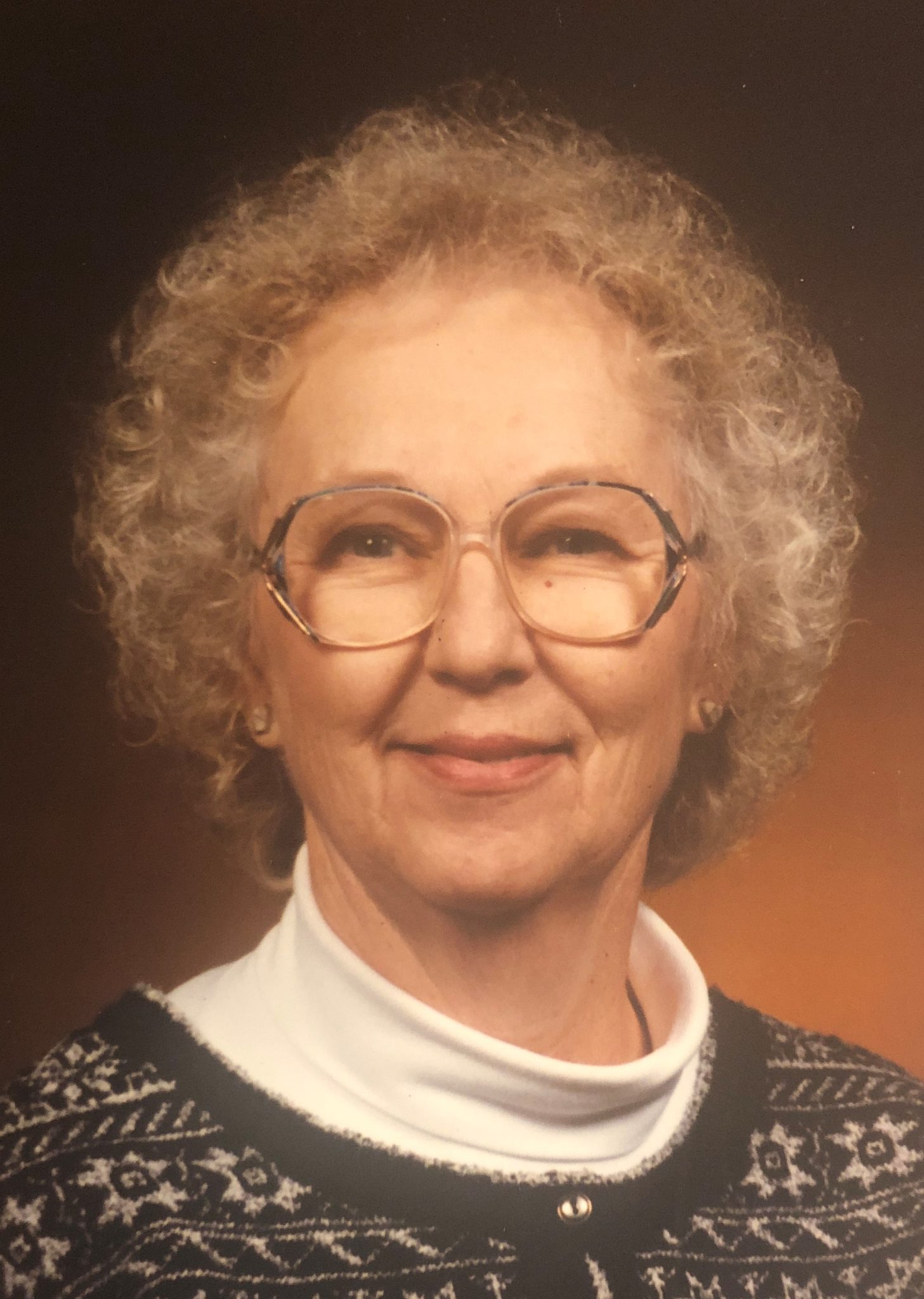 Winifred Ruth Uetzmann was born on July 24, 1933, in Pickett, Wisconsin, the third child of Immanuel and Adela Uetzmann.  She was baptized in the name of the Triune God on August 13, 1933, at Grace Lutheran Church in Pickett.  She was confirmed in the Christian faith of the Evangelical Lutheran Church at St. Luke Lutheran Church in Watertown, Wisconsin on March 30, 1947.  Winnie received her high school diploma at Northwestern Preparatory School in Watertown.  This is where she met her husband, Rev. Richard Pankow.  They were classmates, graduating from Northwestern Prep in 1951.  They were married on August 11, 1957.

Winnie cherished her role as devoted wife to her husband, Rich, and as loving mother to their four children, Thomas, Julia, Andrew and Anne Marie.   Her husband’s service as a Lutheran pastor took them to Saginaw, Michigan; Scottville, Michigan; Crete, Illinois; and Appleton, Wisconsin. Most of those years found the Pankows in Appleton where her husband served at Mount Olive Lutheran Church. She was truly the glue that held together with balance and grace their busy lives in public ministry.  She passed along to her children a love of Jesus Christ, a love of the care of the body and the care of the soul, and an enjoyment of music and the arts.

Before her marriage, Winnie pursued her career in nursing, graduating first in her class from the Milwaukee Hospital School of Nursing in 1954.  After working in Milwaukee and living in Saginaw, Scottville, and Crete, and having her four children, she returned to nursing in the early 1970’s where she worked in the neonatal department at St. James Hospital in Chicago Heights, Illinois.  After moving to Appleton in 1974, she then worked for nearly 20 more years at the Appleton Medical Center. Caring for newborns was truly a passion for Winnie.

Winnie also had a love for nature and the beauty of the northwoods of Wisconsin.  Family vacations were spent at cabin resorts near Eagle River and Minocqua. In 1989, she and Rich fulfilled a dream of owning a northwoods property.  They purchased a cottage in Conover, Wisconsin, on Pioneer Lake.  They called their place “Winnie’s Wish” and briefly enjoyed their time together there until Richard’s death. After Richard died in Christ on November 6, 1995, Winnie moved to the cottage in Conover and was active in the ministry of Christ Lutheran Church in Eagle River.

On December 27, 2002 she married John Denninger, a retired pastor and professor.  They spent 16 years splitting time between John’s home in Beloit, Wisconsin near John’s family, and summers enjoying “Winnie’s Wish” in Conover.   There they would host family and friends in Winnie’s favorite part of “God’s country.”  John entered eternal life on January 23, 2019 and Winnie returned to the Fox Valley where she was closer to family.

Preceding her in death were her parents: Rev. Immanuel and Adela Uetzmann; her brother: Dr. Immanuel Frederick Uetzmann; and her husbands: Richard Pankow and John Denninger.

She is survived by a sister: Marianne Cares of Columbus, Wisconsin; a sister-in-law Carol Pankow; her children: Rev. Thomas (Susan) Pankow of Manitowoc; Julia (Dr. Thomas) Blaney of Downers Grove, IL; Dr. Andrew (Penny) Pankow of Ketchikan, Alaska; and Anne Marie (Thomas) Jungwirth of Appleton.  We also thank the Lord for Winnie’s long-time friendship with Tony and Margaret Kubek and their family.

Winnie’s confirmation verse was Romans 1:16 “I am not ashamed of the gospel, for it is the power of God for the salvation of everyone who believes…”    Her family was blessed by her confidence in Christ and the shining of her faith for which we are forever grateful.

The family extends sincere thanks to Cherry Meadows Hospice of Appleton and Oak Park Place of Menasha for their care of Winnie.

A Christian funeral for Winnie will be held at 11:00 AM on Saturday, October 24, 2020, at St. Peter Lutheran Church, located at N2740 French Road, with Rev. Jim Fleming officiating. Family and friends are invited to visit from 9:30 AM until the time of the services. Face coverings will be expected and social distancing will be observed.

In lieu of flowers, the family welcomes gifts in Winnie’s memory to WELS Kingdom Workers.