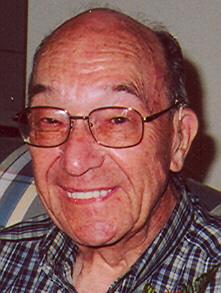 He was born June 16, 1926, in the town of Saxeville, Waushara County, the son of the late Paul and Lona (Zabel) Zempel. On September 12, 1953, he married Charlotte Roberts at Trinity Lutheran Church, Menasha. Bill was an Army veteran of World War II and served in the Pacific Theater. He graduated from Milwaukee Business Institute in 1949, and was employed 39 years as chief accountant for PPG Industries, Inc. He retired January 1, 1989.

The Zempels are members of Faith Lutheran Church, Appleton. Bill loved golfing, bowling, fishing, dancing, and card playing. He was an avid Packers fan, enjoyed the movies and baseball.

Funeral services for Wilmer will be at 11:00 a.m. Monday, June 26, 2006 at FAITH LUTHERAN CHURCH, 601 East Glendale Avenue, with Rev. Daniel P. Thews officiating. Burial will be in Concordia Cemetery, West Bloomfield. Friends may call directly at the church Monday from 9:30 a.m. until the time of services. A memorial fund in Bill‚Äôs name is being established.