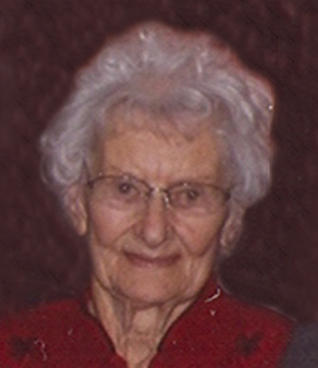 Wilma Van Hammond, age 86, passed away peacefully at her home on Monday morning, January 3, 2011. She was surrounded by her loving family. Wilma was born in Little Chute on October 17, 1924, daughter of the late Martin and Catherine (Verkuilen) Vanden Hogen. On May 27, 1947, she married Clarence “Bud” Van Hammond; the couple enjoyed fifty-two years together, before Bud's death in 1999. Many will remember Wilma from her work as a clerk at the Kimberly Pharmacy; she retired in 1979. Wilma enjoyed raising her family with Bud, shopping, knitting, and occasional trips to the casino. Most of all, time with her family meant the world to her.

The funeral liturgy for Wilma will be held at 12:00 Noon on Thursday, January 6, 2011 at HOLY SPIRIT PARISH, 600 E. Kimberly Avenue in Kimberly, with Msgr. Jim Vanden Hogen officiating. Interment will be in the parish cemetery. Friends may call directly at the church on Thursday morning from 10:00 AM until the time of the mass.

The family would like to thank Dr. Elmer and his staff, the many caring friends and neighbors who kept her spirits high and lended a helping hand when needed, as well as everyone at Theda Care At Home. We will never forget your kindness.

Mom, thanks for everything. You and dad were the nicest people we ever knew.