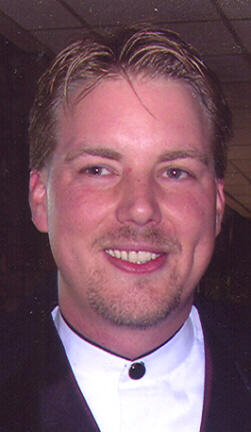 William “Willie” Wallerman, age 39, of Appleton, passed away at Crestwood Assisted Living Center, Menasha, on Tuesday, February 14, 2012, after a courageous battle with Alzheimer's Disease. Willie was born on June 4, 1972, in Appleton, to Judy Wallerman and the late Walter Wallerman. He was employed at Hoheisel Painting and Decorating for many years. Willie enjoyed hunting, fishing, camping, card playing, golf, NASCAR, fantasy football and was an avid Green Bay Packers fan. Survivors include his mother, Judy (Darrell Sommers) Wallerman; his sister, Tracy (Gary) Arnett and their son Finnley William; his maternal grandmother, Florence Fiske; his uncles, “Sam” (Doris) Fiske and Jim Lembcke; his aunt, Barb (Thomas Beyer) Bermel; his special cousins, Dean (Sue) Bowden and their daughter Kendra, Darren (Tara) Bowden, Debbie Hawley and her son Josh, and Chris (Joel) Knaack and their son Brent and their daughter Britni. He was preceded in death by his uncles, Lowell Wallerman and Lee Bowden; his aunts, Eunice Bowden and Bonnie Lembcke; and his cousin, Dennis Lembcke. Funeral services will be at 11:00 a.m. on Saturday, February 18, 2012, at JANSEN FARGO FUNERAL HOME, Kimberly, with Chaplain Pat Knutson officiating. Friends may call at the funeral home on Friday from 4:00 p.m. to 7:00 p.m. and from 10:00 a.m. until the time of services on Saturday. Interment will be in Dale Union Cemetery. The family would like to extend a sincere thank you to the staff of Crestwood Assisted Living Center and the staff of Heartland Hospice, for their loving care and friendship. A memorial has been established in Willie's name to benefit the Alzheimer's Association.

Willie brought to our lives his sense of love, humor and kindness. We will never forget his dimples which always made friends and family smile. He will be remembered for his kind hearted love of his pets, especially Max.