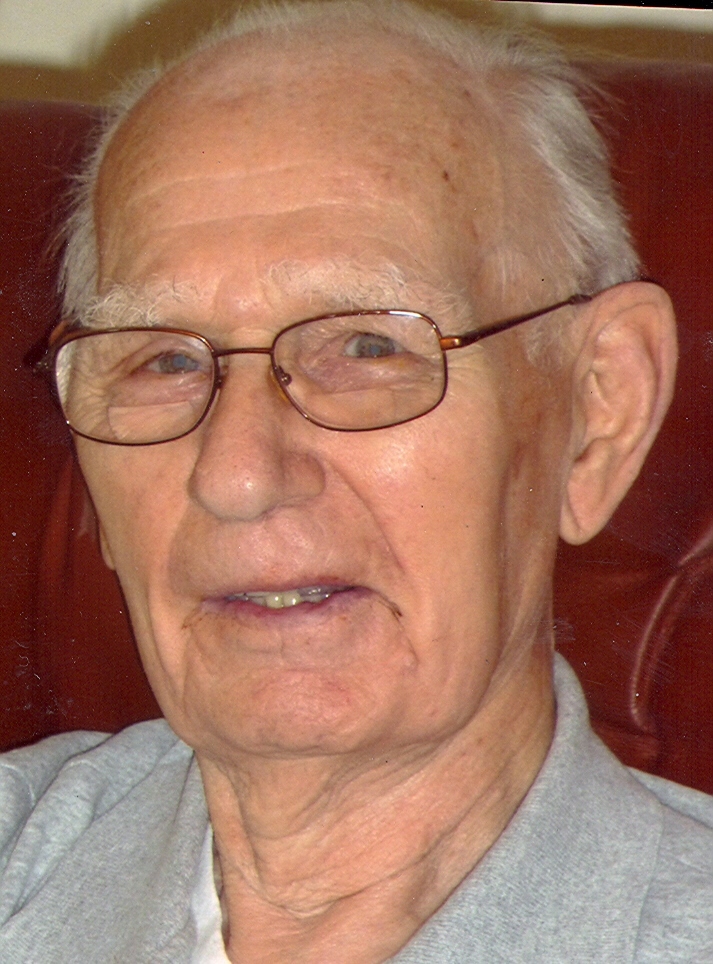 William Wallace “Wally” Mooney, 101, passed away on September 20, 2015. Wally was born on June 24, 1914 in Kaukauna to Halbert and Christine (Boll) Mooney. He was a 1931 graduate of Kaukauna High School and a 1932 graduate of Outagamie Rural Normal School. He served his country during WWII as a member of the US Navy and was a longtime member of the American Legion, Post 41 in Kaukauna. In 1935 he married the former Erdine Stecker in Appleton and she preceded him in death in 1991. In 1992 he married the former Marian Ruwoldt Schneider in Kaukauna and she preceded him in death in 2013. Wally worked in several places over the years. He was a former employee of Thilmany Paper, Strick's Appliance, Star Appliance and Fargo Funeral Home in Kaukauna. He owned his own television sales and repair business for several years and then worked with Rabideau-Weyenberg Appliance, retiring in 1978 at the age of 64. He was a member of Peace United Methodist Church in Kaukauna.
Wally was very generous with his time and talents. He was active with Kiwanis and the Boy Scouts for 56 years, being the oldest living Eagle Scout in the Bay Lakes Council. He volunteered with AARP, St. Vincent DePaul, helping with respite care and gardening at Parkside Nursing Home in Oshkosh. He also volunteered time at the Thousand Island State Conservancy Area and Environmental Center for more than 20 years, serving 5 years as President of The Friends of the 1000 Islands. In 2008, the Butterfly Gardens at the 1, 000 Island Environmental Center were dedicated to Wally and Marian.
Wally will be sadly missed by, children: Eileen (John) VanNuland of Little Chute; Kathleen (Ken) Hockers of Oconto; Dale (Elaine) Mooney of Rhinelander; John Mooney of Greenville, Texas; Tom (Pat) Mooney of Kaukauna; Pete (Kim Lambries) Mooney of Kaukauna; 22 grandchildren; 24 great-grandchildren; 5 great-great-grandchildren as well as many other relatives and friends.
In addition to his wives, Erdine and Marian, he was preceded in death by daughter Noreen (Francis) VandenHeuvel; 5 brothers; 4 sisters; 4 grandchildren and other relatives.
Funeral Services for Wally will be on Friday September 25, 2015 at 11:00AM at PEACE UNITED METHODIST CHURCH, 2300 Wisconsin Ave. with Pastor Lucretia Fehrmann officiating. Visitation will be at the church from 9:00AM to 10:45AM. For more information and to express condolences, please visit www.wichmannfargo.com.
In lieu of flowers, a memorial fund has been established.