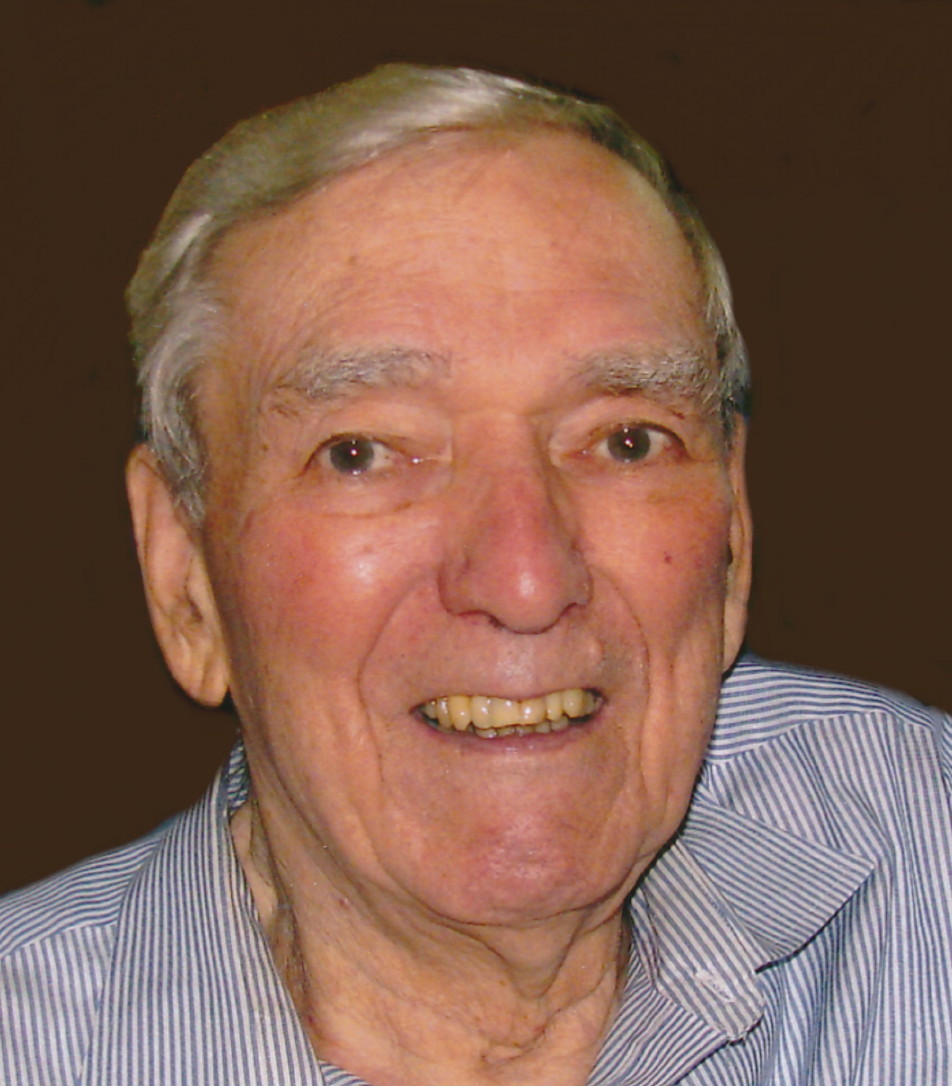 Bill Tousignant, age 90, passed away in their apartment at Touchmark in Appleton on Saturday, February 1, 2014. He was born in Janesville on January 25, 1924, son of the late William and Agnes (Pleski) Tousignant. He married Joan Cleereman on June 12, 1948, and they were married for sixty-five years. Bill earned a degree in organic chemistry from the University of Wisconsin and was employed by Dow Chemical and RBP Chemical for many years. Bill enjoyed swimming, basketball, and riding motorcycles in his younger days. He truly loved life, and was always up for a good game of bridge. Bill was a gifted artist who painted many beautiful memories.

A memorial service for Bill will be held at 11:30 AM on Friday, February 7, 2014 at ST. PIUS X CATHOLIC CHURCH, 500 W. Marquette Street in Appleton, with Fr. Thomas J. Farrell officiating. Friends may call at the church on Friday morning from 10:30 AM until the time of the service. Online condolences may be offered at www.wichmannfargo.com.

A loving husband, father, grandfather, and father-in-law, Bill was a strong man who stood by his wife's side in times of both joy and sorrow. He lovingly guided the lives of his children, and will be loved and remembered by all who knew him.