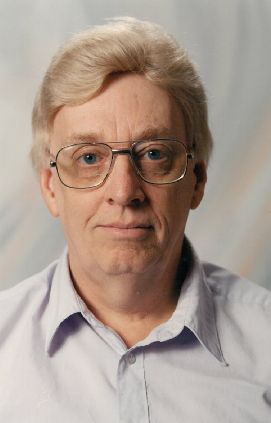 Bill enjoyed reading anything related to European history and drinking English tea. He visited Europe over 25 times with his favorite place being Cornwall, England, from which his grandparents had emigrated. He liked listening to polka music and playing the accordion. He was an elementary school teacher and a bus driver. His passion was driving a bus which allowed him to travel across much of the United States. He also adored his two cats who kept him company.

He is survived by his daughter Heather (Adam) Risley; daughter Michele (Darrin) Hagerty; and son William (Will) Jr. (Michelle) Symons. He was very proud of his four grandsons, Austin Hagerty, Kollin Martinson, Andrew Risley and Zechariah Symons. He is also survived by his brother Eldred Symons and niece, Shelby (Stan) Trauner. Bill is further survived by many other dear family members and friends too numerous to list but never forgotten.

He was preceded in death by his father and mother, Reginald and Mildred (Hand) Symons and his wife, Audrey (Tetzlaff).

Bill’s Memorial Service will be held on Friday, January 5, 2018 at 11:00 a.m. at EMMANUEL UNITED METHODIST CHURCH, 740 E. College Avenue in Appleton. Visitation will be held the same day starting at 9:00 a.m. until the time of the service. In lieu of flowers, Bill’s family will be establishing a memorial fund. Online condolences can be shared at www.wichmannfargo.com.