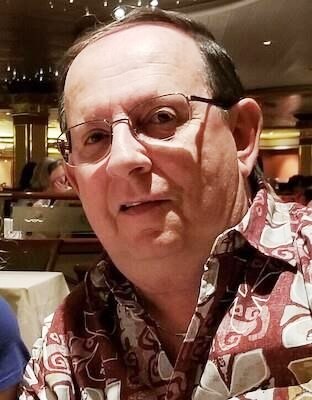 William “Bill” Schiefelbein, born on February 5, 1948 in Appleton, Wisconsin, passed away on February 26, 2021 after battling lung and heart issues.  Bill grew up in Kaukauna, WI and graduated from Kaukauna High School in 1966.  He was a US Army Veteran, having served in Vietnam earning the Bronze Star Medal, and later serving in the Army National Guard.  In 1972, Bill married the love of his life, Donna (Richardson); and they lived in Little Chute, WI, where he loved putting up his annual Christmas light displays, until 1997 when they moved to Clermont, Florida.

Bill followed in his dad’s footsteps and went into home building, which he did for 40 years, owning his own home building companies in the Fox Valley in Wisconsin and then working as a construction manager in Celebration, Florida and for Lennar Homes in Clermont, Florida.  He was passionate about home building and always had a project in progress around the house.  While in Wisconsin, he was very involved in the Valley Home Builders Association, serving a term as president, and participating with the Wisconsin and National Home Builders Associations.  After leaving the construction business, he worked at Qualtest in Orlando, where he used his construction skills in many new ways to come up with creative testing processes.

Bill was an avid Green Bay Packer and Wisconsin Badger fan.  Auto racing was always a big part of his life, having raced at WIR in Kaukauna when he was younger, attending many NASCAR, Indy 500, and Rolex 24 races.  He became involved with the Mid-Florida Mustang Club in 2010, enjoyed many fun trips with his two Mustangs and enjoyed participating in track events across the US.  Polishing and cleaning the Mustangs was a favorite pastime, especially when those clean cars won awards at Mustang shows.

Bill had a heart of gold and loved spending time with his family and friends, especially his wife, Donna, and his only daughter, Beth, and son-in-law, Bryan.  He and Donna enjoyed taking cruises whenever they could, traveling around the US in their Mustangs, and joining Beth and Bryan on trips to Hawaii.  They were Walt Disney World annual passholders and especially enjoyed visiting EPCOT.

A Funeral Service will be held for Bill at 1 PM on Saturday, August 7, 2021 at Wichmann Funeral Home, Fargo Chapel, 400 W. Wisconsin Ave., Kaukauna, WI 54130 with Military Honors immediately following.  Family and friends may visit at the funeral home from 11 AM to the time of service.  A private family inurnment will take place in Trinity Lutheran Cemetery, Kaukauna at a later date.