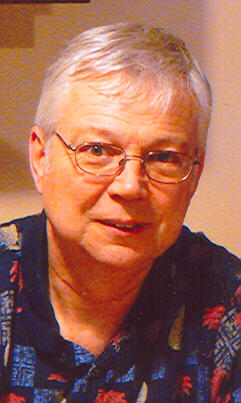 Age 66, passed away at Appleton Medical Center on Monday, December 14, 2009. He was born in Waukesha on March 12, 1943 the son of Orville and Dorothy (Spielman) Hartling. On August 6, 1966 he married his wife of 43 years, Jeanne Carstens. Bill had a passion for teaching and taught elementary school for 42 years in the Appleton School District including: Daniel Huntley School, Edna Ferber School, and retired from Janet Berry School. He also supported elementary school youth by coaching basketball, baseball, and soccer. Bill was a member of the Golden K Kiwanis Club. He loved growing award winning roses, and showed roses throughout Wisconsin and Minnesota. Bill was an accredited master rosarian, a horticultural rose judge, and was apprenticing to be an arrangement judge. Bill enjoyed reading, crossword puzzles, and other activities that challenged his mind. He traveled extensively throughout Europe and the Americas. He will be remembered for his dry and unique sense of humor that was one of a kind.

In lieu of flowers, a memorial fund in Bill's name is being established for youth projects.