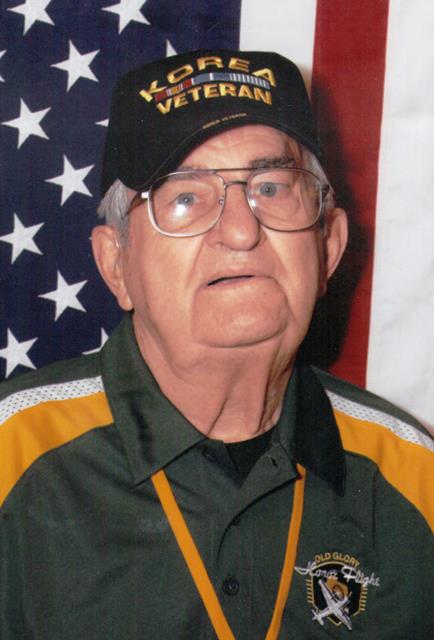 Bill was born March 4, 1931 in Central City, PA to the late John and Francis (Adamets) Matey. In 1951 he enlisted in the Air Force and served his country during the Korean War, being stationed at Kadena Air Force base in Okinawa, Japan. Nearing discharge, he returned to the U.S. at Fort Myer in Virginia where he met and later married his beloved wife Mary Lee Palmer on Feb 12, 1955. Their joyful union of 59 years was blessed with 4 children, 5 grandchildren and 3 great grandchildren.

Bill held various positions during his 32-year career with Miller Electric, including several years as Technical Director at the Montreal, Quebec, Canada manufacturing plant and 22 years on the Board of Directors for Miller Electric Credit Union, now Community First C.U.

Bill was passionate about sports. In his younger days he enjoyed playing football, baseball and basketball. He transitioned to bowling, golf and horseshoes later in life. For many years he was secretary of the Reid Senior Golf League, secretary of the Superbowl Senior Bowling League and president, treasurer and tournament director for the Combined Locks Horseshoe Club. Bill was also an avid woodworker, making many beautiful and functional gifts for his family and friends.

Bill was preceded in death by his cherished wife, Mary Lee; brother and sister-in-law, Richard “Dick” and Carol Matey.

A Funeral Mass will be celebrated for Bill at 11 AM on Friday, October 25, 2019 at St. Bernadette Catholic Church, 2331 E. Lourdes Dr., Appleton, WI 54915 by Rev. Joe Dorner. Family and friends may visit at the church from 9 AM until the time of mass. Entombment will be at Highland Memorial Park, 3131 N. Richmond St., Appleton, with U.S. Air Force Honors being rendered.

On October 21, 2015, Bill, in the company of his daughter, Donna, and his fellow war veterans, gratefully participated in an Honor Flight to Washington, DC. In lieu of flowers the family encourages donations to the Appleton Chapter of the Old Glory Honor Flight Organization at oldgloryhonorflight.org.