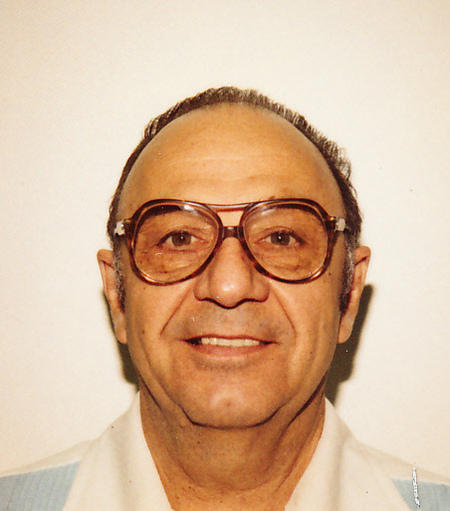 William B. Karras, age 85, passed away peacefully on Wednesday, June 19, 2013, at Park View Health Center in Oshkosh, Wisconsin. He was born on April 19, 1928, in Evanston, Illinois, the youngest child of the late Gustaf and Pauline Karras. After graduating from Appleton High School, Bill enlisted in the United States Army. He served in the Korean and Vietnam Wars and retired from the Army after serving 30 years. He served his country proudly and would take any opportunity to tell of his experiences during his military career. Bill was a very active member of St. Nicholas Greek Orthodox Church in Appleton. He was proud of his Greek heritage and loved sharing baklava with his caregivers.

Bill is survived by his brothers, Nicholas (Ursula) Karras and George (Mary) Karras; sister, Diana BeKearis; and many nieces and nephews.

Funeral services for Bill will be held at 10:30 a.m. on Saturday, June 22, 2013, at the WICHMANN FUNERAL HOME, 537 N. Superior Street, Appleton, with Fr. Chris Kirkeris officiating. A time of visitation will take place on Saturday at the Funeral Home from 9:30 a.m. until the time of service. Bill will be laid to rest at Highland Memorial Park.

The Karras family would like to thank the staff of Park View Health Center for the excellent care Bill received.