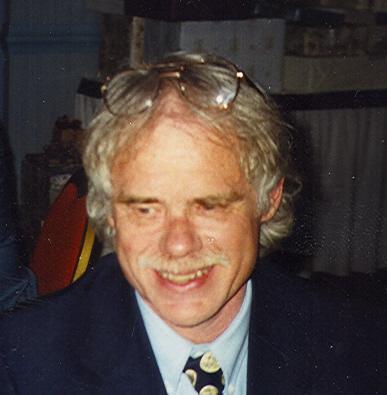 William J. Williamson
Appleton
Age 57, passed away unexpectedly on Friday September 29, 2006. He was born April 25, 1949 in Appleton son of the late William and Adeline (Hilger) Williamson. Bill was a very generous man who would do anything for anybody. He was a 1967 graduate of Xavier High School in Appleton and also attended the University of Wisconsin Oshkosh. He was currently employed at Valley Packaging. He is survived by his wife Candace whom he married on August 1, 1986. He is also survived by two sisters Margie (Dennis) Werner, Owatonna, MN., Maureen (Richard) Winter, Neenah; five nieces, six nephews; brother- in- law Russell Van Straten, Shiocton; and his godmother Donna Reyenbeau. He was preceded in death by his parents, and a sister, Gerri Van Straten. The Funeral Mass will be at 10:30 A.M. Tuesday October 3, 2006 at St. Joseph Catholic Church 404 W. Lawrence St., Appleton. Visitation will be at the church from 8:30 until the time of services. Entombment will be at St. Joseph Cemetery, Appleton. A memorial is being established.

Rest in Peace Bill, we love you, and we‚Äôll miss you