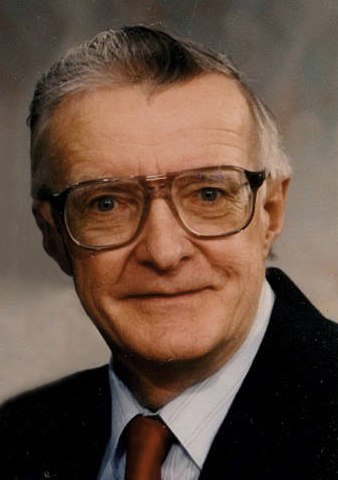 William was born in Oshkosh, WI to John and Olga (Hoffman) Jungwirth on June 20, 1930. He married Yvonne Roebke on November 1, 1958 in Oshkosh WI. He was a factory worker at Foremost Dairies for over 30 years. He served in the Army as a Staff Sergeant. He was a member of Bethel Evangelical Lutheran Church in Menasha. He loved baseball and especially liked watching Milwaukee Brewers.

William was preceded in death by his parents, John and Olga Jungwirth; brothers, John, George and Robert Jungwirth. Sister-in-laws, Helen and Karen.

Funeral services will be held at 11:00 a.m. on Tuesday, June 5, 2018 at The Star of Hope Chapel at Highland Memorial Park 3131 N. Richmond St, Appleton, WI. Pastor Phil Hunter of Bethel Evangelical Lutheran Church, will be officiating. Entombment will follow the service at Highland Memorial Park. Visitation will be from 10:00 a.m. until the time of service at the chapel.