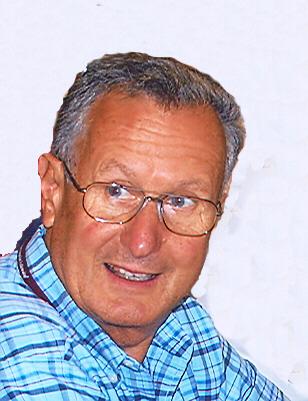 He was raised on a dairy farm next door to his Uncle Lawrence near Pickett, WI. He helped with the farm throughout his youth. Bill graduated from Ripon High School in 1962. He started working construction during the summer of 1963 as a laborer. He joined the Ironworkers in 1967 and has worked as one since then. He has been working for Boldt Construction Company in Appleton, WI and has been there since 1976. He retired from Boldt in Jan. 2008. When he was not working, he was very active in many different mission projects. In the fall he enjoyed hunting with Bill Jr. and Jeff. Bill was an avid Green Bay Packer fan and hardly missed watching a game. He enjoyed his grandchildren a great deal and enjoyed traveling with Marge, Bowser their dog, and the family. He never missed a family reunion and was the patriarch of the Hunter family.

He is survived by his wife, Margaret in Greenville, two sons: William Hunter & Jeffrey Hunter & wife Debbie ; 6 grandchildren: Tiffany and finance, Joshua DeBruin, Crystal and finance, Dylan DeVetter, and Cheyenne , Kylie , Kaden , and Kolden Hunter. He is survived by 6 sisters: Virginia Albrecht of MT, Bonnie (David) Graska of CA, Barbara (Ed) Pascoe of CA, Suzanne Hunter of AK, Mary Lou (Don) Selle of OK, and Jean Hunter of IL.; and three brothers: Gerald (Ruth Ann), Gordon (Renate) and Peter (Celeste) Hunter. He is also survived by 7 brothers and sisters in law:
Eugene (Mary ) Graham of UT; Paul (Joan ) Graham of Omro ; Carolyn Ward of Oshkosh; Edward Graham of TX; Lois (Richard ) Ziebell of Omro; John (Linda) Graham of NC; and Eunice Stevens of Wautoma. He is survived by many nieces and nephews, great nieces and nephews, and great great nieces and nephews, and many cousins. He is also survived by his uncle Donald (Audrey) Hunter of SC.

A funeral service for Bill will be held on Monday, December 20, 2010 at 11:00 AM at the APPLETON ALLIANCE CHURCH (2693 Grand Chute Blvd. Appleton) with Rev. Dick Schaefer officiating. Burial will be in the Riverside Cemetery. Friends may call on Monday at church from 9:00 AM until the time of services. The family would like to extend a special thank you to Cherry Meadows for all the care they showed William and his family at this difficult time. In lieu of flowers memorials may be made to the Wycliffe Bible Translators.
Wichmann Funeral Home
537 N. Superior Street
Appleton 739-1231
Online Condolences
www.wichmannfargo.com