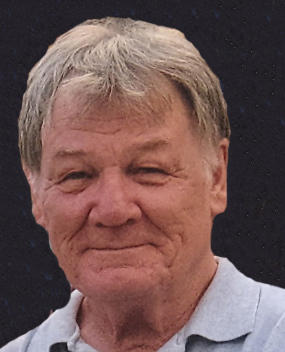 William J. “Bill” Terry, 70, Kaukauna, passed away peacefully at his home surrounded by his loving family on October 27, 2013 after a courageous two and a half year battle with cancer. Bill was born on May 15, 1943 in Kaukauna to Stephen L. and Rosella (Van Densen) Terry. After graduating from Kaukauna High School in 1961, Bill served his country as a member of the United States Navy, returning home in 1965. On July 23, 1966 he married the former Cynthia “Cindy” Smith and together they had four children. Bill was employed with Thilmany Pulp and Paper for 35 years until he retired in 2005. Bill was an avid golfer and loved playing golf with his brother-in-law Ken Smith, his son Stephen, as well as many nephews and his niece. Bill enjoyed watching his grandchildren's sporting events and many school functions. Bill enjoyed traveling with his wife Cindy and especially liked their trips to Canada and Tempe, Arizona for the Brewers Training Camp. In his later years, he enjoyed gardening, bird watching, and spending time with his grandchildren.

There will be a funeral service for Bill on Thursday October 31, 2013 at Christ the Rock Community Church, W6254 Highway 10-114, Menasha at 2:00 pm. Visitation will be Thursday at the church from 11:00 am to the time of the service. Interment at Union Cemetery of Kaukauna will be at a later date. Online condolences may be offered at www.wichmannfargo.com.

The family would like to thank Dr. Avi Bar-Lev, Dr. Editha Krueger, the entire staff of Appleton Medical Center Oncology Unit, ThedaCare Hospice, Priscilla, and the many friends and family who helped the family through this difficult time.