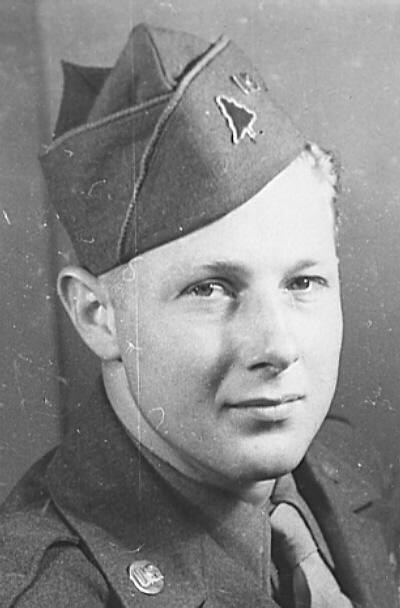 William J. Rettela, age 79, died Thursday morning, November 18, 2004, at Brewster Village. He was born May 8, 1925, to the late William and Catherine (Schram) Rettela, in Centerville, Wisconsin, and had been an Appleton resident since 1957. Bill served in the U. S. Army during WW II in the African and European Theatres. Prior to moving to Appleton, he was a resident of Sheboygan, where he was employed by Kohler Company and after moving to Appleton, he was employed by Hoffer Paint and Glass for over 20 years. Bill enjoyed the outdoors, boating and fishing. He was a member of the Oney Johnston-Edward Blessman American Legion Post #38 and the Harvey Pierre VFW Post # 2778. Survivors include his companion, Judith A. Kitts, Appleton; three children and their spouses, Barbara and Wayne Pennings, Appleton; Rick and Penny Rettela, Greenville; Sandy and Scott Moeller, Hortonville; Judith‚Äôs children, Kathryn (Tom) Schuman, Kaukauna; Stacy Kitts, Appleton; twelve grandchildren, Chad, Brigette, Dylan, Kaci, Matt, Justin, Kyle, Brooke, Devon, Cole, Chloe and Caitlyn; two sisters, Helen Bolz, Sheboygan; Catherine Schema, St. Naizianz; a sister-in-law, Ursula Rettela, Appleton; nieces, nephews, other relatives and friends. He was preceded in death by his brother, Walter Rettela and two brothers-in-law, Aaron Schema and Gilbert Bolz. Funeral services for William will be held at the funeral home, at 4:00 pm, Saturday, November 20, 2004. Burial will be in Appleton Highland Memorial Park. Friends may call at the funeral home from 2:00 pm, Saturday, until the time of the service. A memorial fund is being established.