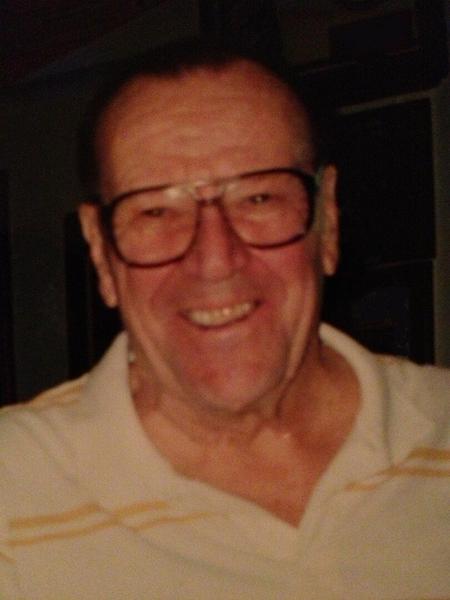 Kimberly, passed away on Monday, May 20th surrounded by family in the comfort of home at the age of 83. Bill was born June 13, 1929 in Appleton, son of the late Leonard and Elizabeth Goffard (Janz). He was a proud military veteran and avid athlete. On November 13, 1954, he married the late Joan Remillard in Kimberly. He is survived by a large loving family including sons, William Jr. (Karen), Kimberly, and his children Sarah, Sharel, and William III; Bob (Debbie), Darboy, and his children Jamie, Justin, and Jenny; Bruce (Kerry), Kimberly, and his children Jessie, Niki, and Matt; and a daughter Beth Wettstein (Mike Anholzer), Kimberly, and her children Katie and Rosie; 14 great-grandchildren; one sister Doris (Larry) Rothe, Appleton. Bill is further survived by Joan's brother, Paul (Dorothy) Remillard, Negaunee, Michigan, her sister, Pat Tynissma, Jacksonville, North Carolina, and her brother-in-law Ray Hakenjos, Negaunee, Michigan; numerous nieces and nephews, other relatives, and many friends, including all his special friends at Hallmark in Kimberly. He was preceded in death by his parents, his loving wife, and his son Brian “Butch” Goffard; sister Genevieve Western and brother Norbert “Nubs” Goffard, and other in-laws.

Bill's most cherished times included those at his home “up north” in Lakewood, where he enjoyed his retirement fishing and entertaining family. Bill's grandchildren have so many fond memories up at “the cottage” spending time at Bullfrog and Wheeler Lakes fishing, listening to Brewer games on the radio, riding four-wheelers, and spending countless hours around the fire. “Step by step, inch by inch, slowly I turn…” See you in Poysippi Grandpa, we love you!

The funeral liturgy for Bill will be held at 5:00 p.m. on Thursday, May 23, 2013 at HOLY SPIRIT PARISH- KIMBERLY CAMPUS (600 East Kimberly Ave.) with Fr. David Beaudry officiating. A time of visitation will be held from 2:00 p.m. until the time of Mass. Online condolences may be expressed at www.wichmannfargo.com.

The family would like to offer our thanks to the many ThedaCare departments and staff for their support in the care of our dad/grandpa. We would also like to thank Mike Anholzer for his support and unbelievable graciousness in opening his heart and his home to all of us. We were all comforted knowing that Dad was in the constant and loving care of his beloved daughter, “Peanut” who devoted her last few months to making sure he was comfortable. For this, we are all forever grateful. He will be missed by all.