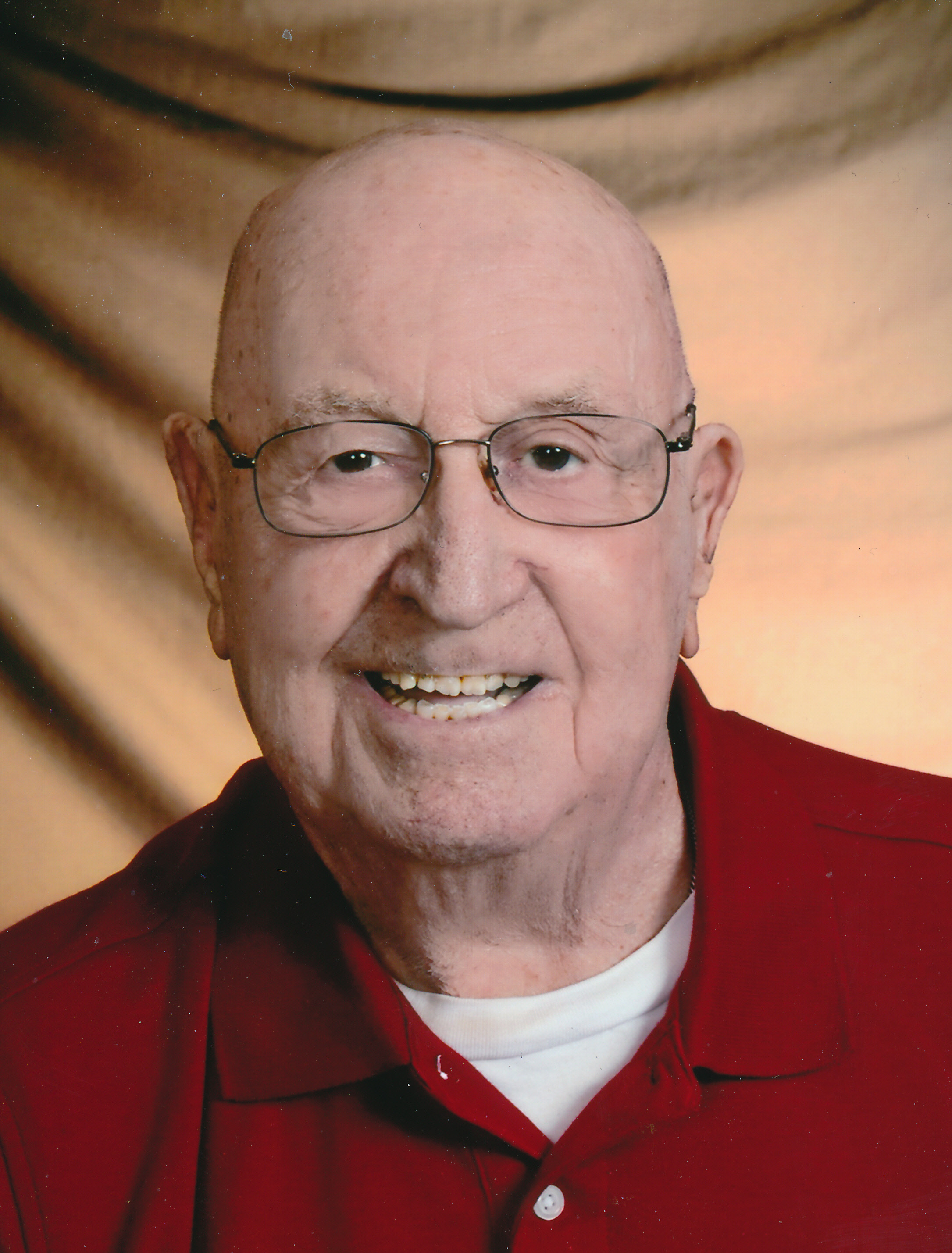 William Hoffman, Appleton, formerly of Gresham, age 91, passed away on Monday, December 15, 2014. Bill dedicated his life to God, country, and family. He was born on May 23, 1923 in Indianapolis, Indiana to Henry and Gertrude (Forster) Hoffman. Bill grew up in the Appleton area where he graduated from St. Joseph Catholic Grade School, and then from Appleton High School in 1941. Shortly after graduation, Bill joined the Wisconsin Telephone Co. where he spent 41 years until retiring in 1982. A lifelong patriot that flew the American flag every day, Bill answered his country's call to military service on October 14, 1942 and served in the U.S. Army until December 31, 1945, during WWII. On August 21, 1948, Bill married the love of his life, Geraldine “Gerrie” Schabow at St. Joseph Catholic Church. Bill and Gerrie were soulmates, and enjoyed almost 64 years of marriage. Following Bill's retirement, Bill and Gerrie built their retirement home on the Lower Red Lake in Gresham. They enjoyed many seasons in Gresham and winters in Florida.

Bill was a staunch Catholic, was a daily communicant for many years, and lived his faith every day. He was an active member of St. Joseph Catholic Church while in Appleton, where he served on multiple committees, was an usher and one of the first Eucharistic Ministers. Bill was also a member of St. Francis Solanus Catholic Church while he lived in Gresham. He was very proud of the 1930 Model A that he restored, and was a member of the local Model A Ford Club. Bill was also a member of the Knights of Columbus Council 607, the Allouez Assembly of the Fourth Degree Knights of Columbus, the Harvey Pierre VFW Post 2778, the Gresham Lions Club, and the Wisconsin Telephone Pioneers.

The funeral liturgy for Bill will be held at 3:15 pm on Monday, December 22, 2014 at ST. JOSEPH CATHOLIC CHURCH, 410 W. Lawrence Street in Appleton with military honors to follow with the VFW Post 2778. Fr. John Holly, a close family friend for over 34 years, and Deacon C.F. Dedman will be officiating. Burial will take place at the parish cemetery. A visitation will be held on Monday at the church from 1:15 pm until the time of mass. Online condolences can be offered at www.wichmannfargo.com.

In lieu of flowers, the family has requested that memorials be directed to a memorial fund which is being established.

We would like to thank the staff and management at Brewster Village for their care and compassion.
You were a great Dad and you always said, “Life is like a jug- you get out of it exactly what you put into it”. You will live always in our hearts. You were truly a member of the greatest generation.