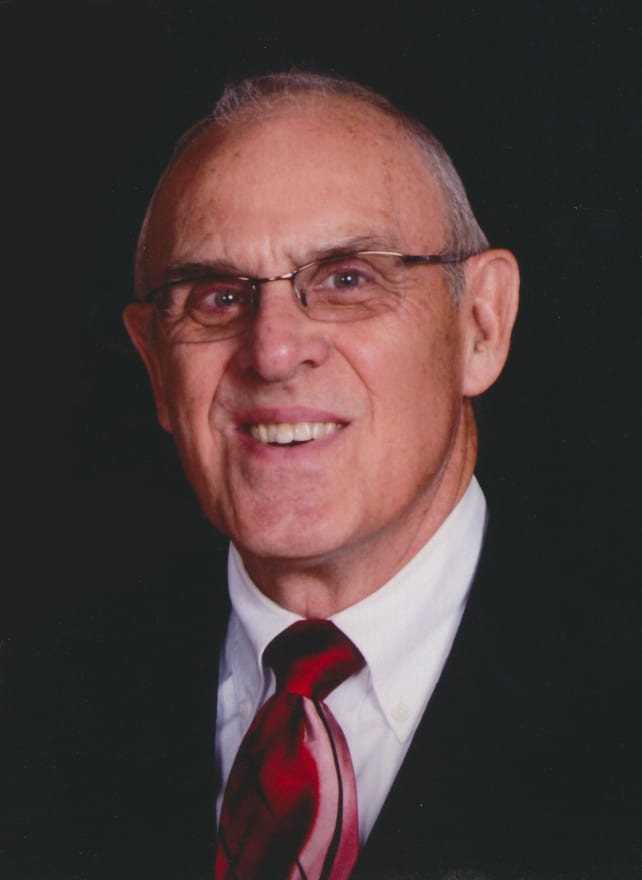 Face coverings are requested and social distancing will be observed.

William Diersen, age 79 of Appleton, found peace in the arms of his Lord on July 25, 2020. Bill was born in Chicago Heights, Illinois on March 2, 1941, son of the late William H. and Esther (Ziems) Diersen. He was a 1959 graduate of Crete Monee High School in Crete, Illinois, and in 1964 graduated from Bethany Lutheran College in Mankato, Minnesota. On August 29 of that same year, he married Mary Ingebretson.

Bill was with the Wisconsin State Patrol for fifteen years. He began as a weigh station inspector and later was a State Trooper. After leaving the State Patrol, he worked for AAL (Thrivent), first as a District Representative and then at the home office in Appleton.

He was an active member of Bethany Lutheran Church. Over the years he served on different committees, and as a deacon who visited the shut-ins. Eventually, his failing health made it impossible for him to continue. In his retirement, Bill enjoyed volunteering with the Wisconsin Lutheran Synod’s Builders for Christ. He also loved trains, model railroading, and woodworking.

Survivors include his wife: Mary Diersen; a daughter: Heather; a grandson: Alex; a daughter-in-law: Bonnie Schema; a brother: Don (Geri) Diersen; three sisters-in-law: Jan Diersen, Janet (David) Pelzl, and Annette (Paul) Lermack, as well as many nieces, nephews, and grand-nephews and nieces. He was preceded in death by his parents, a son Paul, and a brother George.

The Christian Funeral Service for Bill will be held at 10:00 AM on Thursday, July 30, 2020, at Bethany Lutheran Church, located at 530 W. Parkway Boulevard in Appleton, with Rev. Patrick Brown officiating. Entombment will follow at Highland Memorial Park. Family and friends are invited to gather at the church on Thursday morning from 8:30 AM until the time of the service. Face coverings are requested and social distancing will be observed.

To view the service live on Thursday morning, please return to this page at 10:00 AM.

Face coverings are requested and social distancing will be observed.