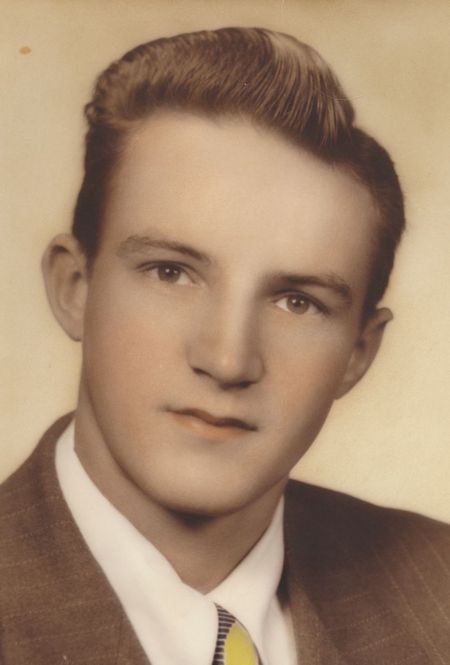 William “Bill” Godin, 80, passed away on Thursday, September 6, 2012 at the Appleton Medical Center.

Bill was born in New London to the late Elmer and Florence (Bricko) Godin on October 17, 1931. For the first 13 years of his life Bill was a member of Most Precious Blood Catholic Church and attended school there until the family moved to Eland. He belonged to Holy Family Catholic Church of Wittenberg and graduated from Wittenberg High School. Bill married the love of his life (his high school sweetheart), Alice Mae Sell on June 7, 1952. Bill and Alice made their home in Appleton after they were married and were members of St. Mary Catholic Church in Appleton for 53 years. Most recently Bill and Alice lived in Greenville and celebrated 60 years of marriage with a party attended by family and friends. Bill loved his family intensely. He was very proud of his children and grandchildren and followed their many achievements with great joy. He and Alice enjoyed traveling to Europe, Hawaii and Mexico in their working years. Bill was a very well respected salesman in the baking industry and was a member of the Brownberry Ovens President Club. In retirement Bill and Alice enjoyed being snowbirds in Sun City Arizona and made many good friends during their time there. He enjoyed working with crafts (and made many ornaments and snowmen to share with others), and attending the sport events and band concerts of his grandchildren. Bill was an avid Packer fan and an accomplished golfer and bowler. He was a member of the Toastmasters, Knights of Columbus, Grocers Association, and the Bakers Association.

Bill was preceded in death by an infant son Gregg, his parents, his sisters Mona (Jim) Schaar, Shirley Moderson and a brother, Robert Godin and sisters-in-law; Alta Sell and Arlene Sloat.

Online condolences may be expressed at www.wichmannfargo.com. In lieu of flowers a memorial fund is being established in his name.