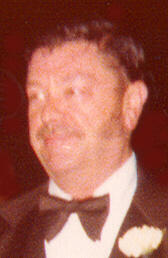 Bill Schreiter, age 82, a lifelong Appleton resident, passed away on March 19, 2010, at St. Elizabeth Hospital. Bill was born in Appleton, on April 27, 1927, the son of E. M. “Jim” and Kathryn (Butler) Schreiter. After graduation from high school, Bill proudly served his country in the United States Navy. After his discharge, Bill joined his father in operating the family business, Schreiter Auto Supply, located in downtown Appleton. Bill succeeded his father as owner and operator of Schreiter Auto Supply until his own death. Bill was preceded in death by his parents; and his sisters, Kay (Merrill) Ristow and Margaret Schreiter Malchow. He is survived by his nieces and nephews, Paul Ristow, Elizabeth Ristow, Kathy Ristow, Janet Ristow, Michael (Liz) Malchow, Steve (Bonnie) Malchow and Maureen Neumann. Funeral services will be at 11:00 a.m. on Friday, March 26, 2010, at WICHMANN FUNERAL HOME, Appleton, with Deacon Craig Merrick officiating. Friends may call directly at the funeral home on Friday from 10:00 a.m. until the time of services. Interment will be in St. Mary Cemetery, Appleton.