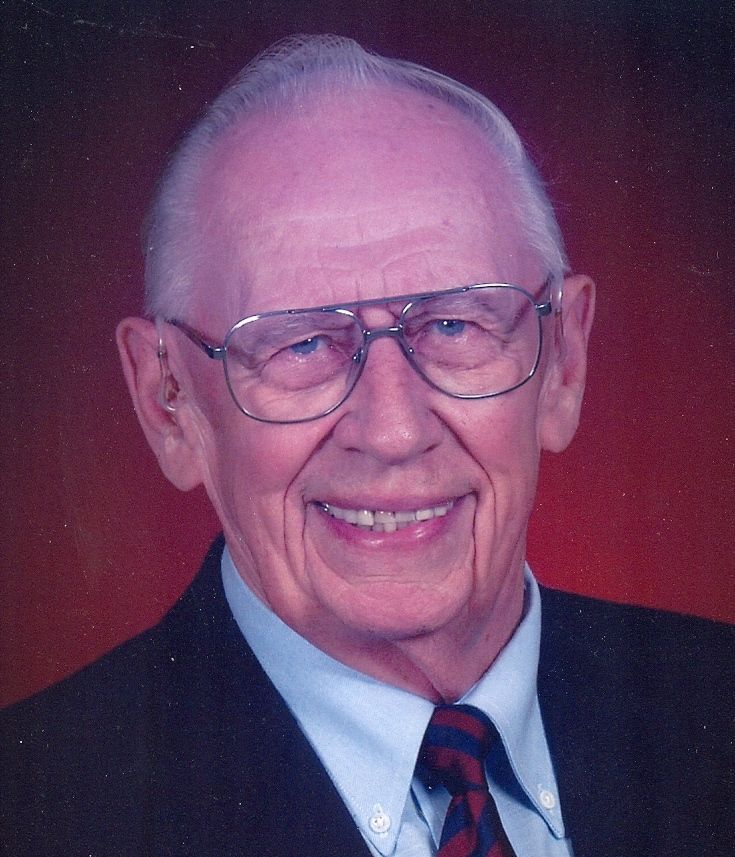 Bill Roerig of Kaukauna passed from this earth to his heavenly home on March 19, 2015, surrounded by his family. Bill was 91. He was born May 31, 1923 in Greensboro, North Carolina, son of the late William L. and Elsa (Blieferknicht) Roerig. He was a United States Navy veteran, having served in World War II. Bill married Betty Erickson on August 22, 1948, and enjoyed fifty-four years of love together. Betty preceded him in death on April 6, 2002. During those years, Bill taught at Kaukauna High School for thirty-seven years, retiring in 1985. After retirement, he enjoyed his favorite hobby – building his Falco airplane, which he completed just late last month. On May 22, 2007, Bill was united in marriage to Norma (Korthals) Ring. He often talked of how blessed he was to have found true love twice in his lifetime.

Bill had always been heavily involved at Trinity Ev. Lutheran Church in Kaukauna. His priorities were always: God, family, and “domestic tranquility.”

The Christian Funeral service for Bill will be held at 11:00 AM on Tuesday, March 24, 2015, at TRINITY EV. LUTHERAN CHURCH, 804 Grignon Street in Kaukauna, with Rev. Andrew Luehring officiating. Interment will follow in the church cemetery. Friends and family are invited to gather at the Fargo Funeral Home, 400 W. Wisconsin Avenue in Kaukauna on Monday from 4:00 PM until 7:00 PM and again Tuesday at the church from 9:00 AM until the time of the worship service. Memories may be shared by visiting www.wichmannfargo.com. In lieu of flowers, a memorial fund has been established.

The family would like to offer their sincere thanks to the many special caregivers who showed so much love and compassion. They include RN Todd and everyone at ThedaCare at Home, Dr. Yao and his staff, and Dr. Swanson and his staff. We will never forget your kindness.

For God so loved the world that he gave his one and only Son, that whoever believes in him shall not perish but have eternal life. –John 3:16