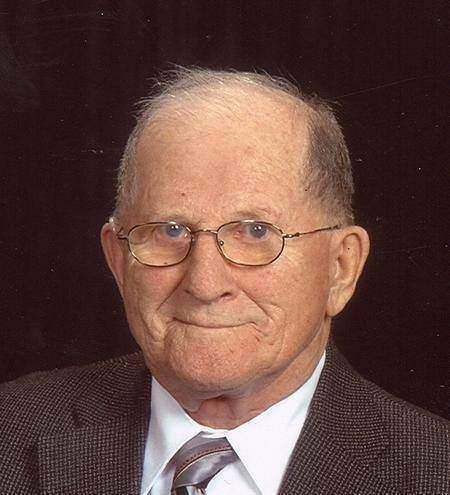 Age 87, passed away unexpectedly on Sunday morning, June 10, 2007 in Rhinelander. Bud was born on April 13, 1920 in Appleton to the late Edward and Ora (Jackson) Peotter. He is a 1938 graduate of Appleton High School. On August 24, 1940 he was united in marriage to Mary Louise Schwarz in Dubuque, Iowa. Bud proudly served his country with the United States Army Air Corps during WWII as a Top Gunner on a B-24. After his time in the Army he returned to work for 45 years, and eventually retire in 1982 from Appleton Papers. He was a member of St. Thomas More Catholic Church and St. Raphael‚Äôs Catholic Church in Oshkosh. Bud enjoyed golfing, bowling, playing cards, traveling, and created many beautiful stained glass works.

Funeral mass for Bud will be celebrated at 11:00 A.M. Thursday, June 14, 2007 at St. Thomas More Parish (1810 North McDonald Street) with Father Gerald Falk officiating. Friends may call on the family from 9:00 A.M. until the time of the mass at church. Interment will be in Highland Memorial Park. In lieu of flowers, a memorial fund is being established.