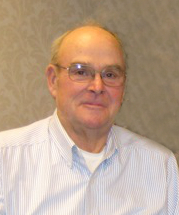 Bill “Willy” Helein, 70, of the Village of Harrison, passed away on October 17, 2013 after many years battling congestive heart failure. He was born on June 2, 1943 in Appleton, to the late Lawrence and Henrietta (Ritten) Helein. Bill graduated from Xavier High School in Appleton, WI in 1962. In 1964 he enlisted with the U.S. Army, where he served as a reservist until 1985. Bill married a cross town rival, St. Mary's Zephyr, Joan Schmitzer on May 7, 1966.
After graduation Bill started at S.C. Shannon then went on to work as an Electrical Lineman first for Superior Electric and then for Menasha Utilities where he retired after 32 years. He enjoyed many hobbies and interests including fishing, pheasant hunting, sturgeon spearing, tinkering in the garage, visiting his many friends and neighbors, and relaxing by the lake. He was also actively involved for 23 years in the Waverly Sanitary district and was instrumental in the construction of their new facility. Bill was most recently a member of St. Mary's Catholic Parish in Menasha.

Bill was extremely proud of his grandchildren and attended as many of their events as he could. His little furry hunting and fishing buddy “Lady” will also miss him, but don't worry Grandpa; she will be keeping Grandma's feet warm.

A funeral liturgy for Bill will be held at 5:30 PM on Wednesday, October 23, 2013 at SACRED HEART CATHOLIC CHURCH (222 E. Fremont Street, Appleton) with Fr. Don Zuleger officiating. A visitation will be held at church from 3:00 PM until the time of service. In lieu of flowers, memorials may be directed to the “Michael J. Fox Foundation for Parkinson's Research” or the charity or church of your choosing.

We would like to give thanks and God's blessings to: our children and their families for whom we are extremely proud and grateful, and without whom our lives would be empty; all our extended family for all their concerns and prayers especially Marge and Jim for their weekly visits; our many friends who are with us today and many that have passed before us; the numerous doctors and staff that have supported Bill, especially in the last eight years; and the hospice services of our day, though our time was short we will always be grateful for the peace and comfort given to us during these last days.

God Bless and with the help of our Blessed Virgin Mary bring peace and joy to all.