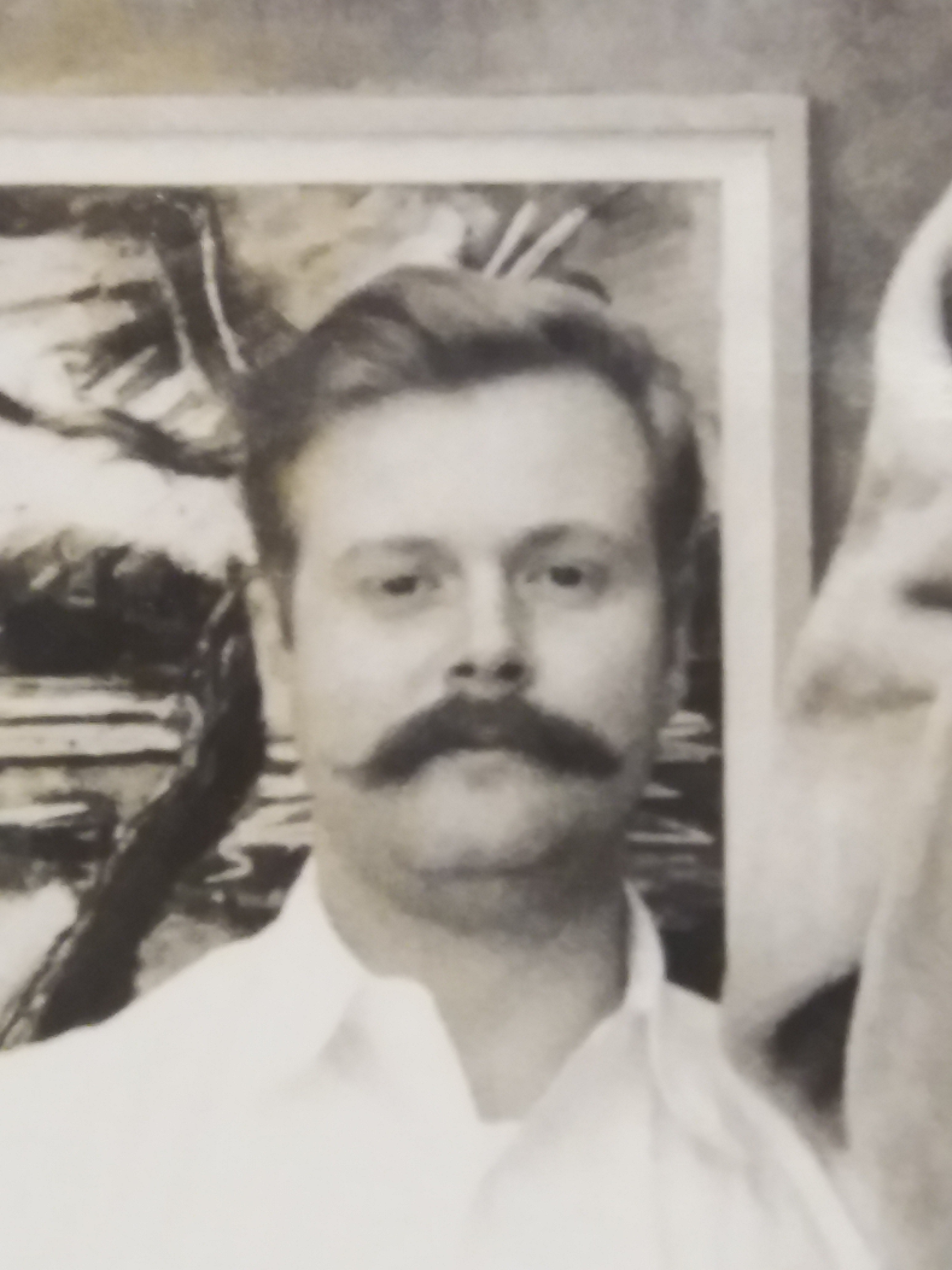 As his earthly journey comes to a close, William always took the road less traveled, living the proverbial artist's life that he embraced with a passion as fiery as his hair was red. An Appleton native, William lived throughout the Fox Valley as well as Milwaukee where he began his five decade long career as an artist.

Studying under instructors such as Fred Berman and Guido Brink, William graduated in 1964 with a BFA degree from Layton School of Art in Milwaukee which in its prime was one of the top five art schools in the US with a historical reputation for pioneering innovative methods now considered standard in art education.

Both a realistic and abstract painter, William was ahead of his time painting “social commentary” compositions with topics just as relevant today including: ecology, excess materialism, urban blight & razed structures, gentrification & the destruction of historic landmarks, civil unrest, and the general alienation of people.

William's favorite subject was nature, specifically water, as seascapes or lakescapes as he would call them. William would graphically portray the rhythms of land, sea, and sky in an explosive expression of imagery of the environment that surrounds us. Regardless of subject his work would capture a lyrical and rhythmic nature of music with influences such as composer Aaron Copland.

Beginning with solo exhibitions in the 1960s as a student, William has been featured at: The Walker Art Museum, St. Paul/Minneapolis; the Charles Allis Museum, Milwaukee; Wustum Museum, Racine; Bergstrom-Mahler Museum, Neenah; Oshkosh Museum; Worcester Gallery, Lawrence College; among others and in broadcast via Milwaukee and Green Bay television stations.

Through art William met his wife Lu in 1963, later married in May 1964, while finishing his last two weeks as a layout artist at Milwaukee's Gimbel department store chain. William would go on to open a studio in downtown Milwaukee where they lived until 1972 before moving back to the Fox Valley. William and Lu have one son, William II (wife, Cheryl) born December 1968.

William was also an instructor at the Fox Valley Technical College and the local University of Wisconsin Extension teaching various drawing and painting classes as part of his philosophy that art is for everyone.