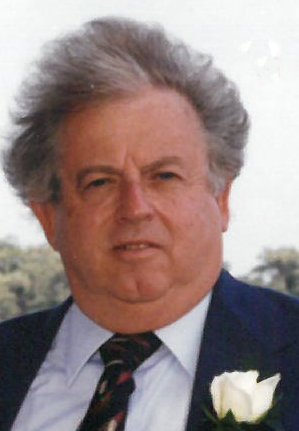 William (Bill) S. Moore of Phelps and Appleton, WI, passed away at his home in Appleton on November 14, 2018. When asked his age he told people he was 25 years old with 50 years of experience. He was born on November 21, 1942, in Antigo, WI, the youngest son of Dr. George and Jessie Moore II. Bill graduated from Antigo High School in 1961 and from Northland College in Ashland, WI, in 1965. He then enlisted in the Navy, serving during the Vietnam era, and was stationed in Morocco.

Following his stint in the Navy, Bill began his life-long career in materials procurement at Marathon Electric and Zimpro, Inc. in Wausau and then at Miller Electric and Material Management Group in Appleton. His place to be when not working was at the family cottage in Phelps where he was an avid water skier. His winter passion was downhill skiing. Bill was known for his unique and creative humor and banter.

Bill is survived by his wife Karen; step-daughter Michelle (Tim) Lappen and step-granddaughter, Chloe, of Appleton; brother Fred Moore of Phelps; and many nieces and nephews.
He was preceded in death by brothers George Moore II and Donald Moore.

A scattering of his ashes will be held next summer “up north” at the lake.

Karen and family extend sincere gratitude and thanks to the relatives, friends, and neighbors who gave their help and support so willingly.

The family also wants to thank the staffs of Ascension At Home Hospice and Senior Helpers for their compassionate care of Bill and the family during his battle with throat cancer.