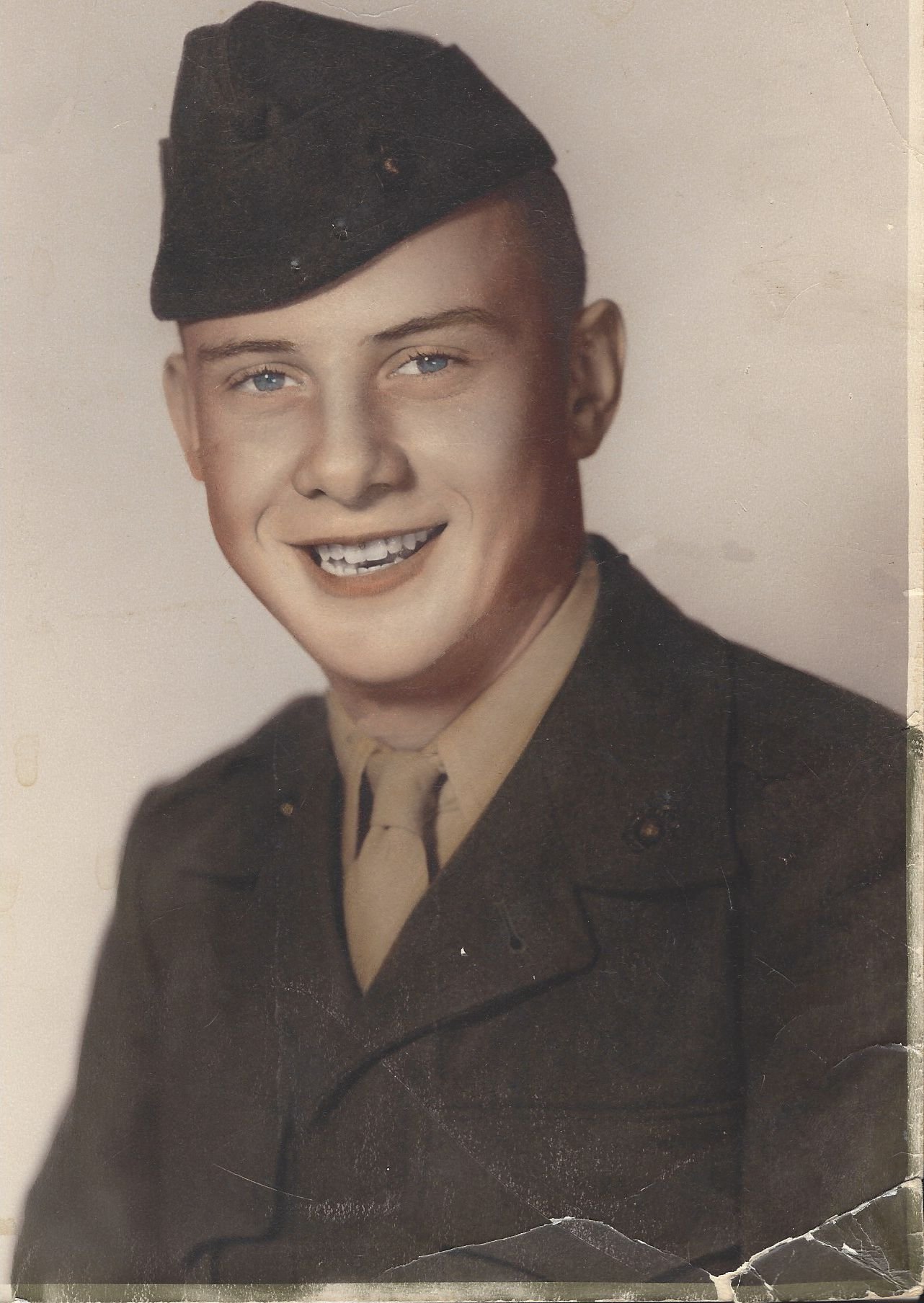 William “Bill” Johnson, age 79, passed away on Sunday, June 14, 2015 following a brief illness with his family at his side at Theda Clark Medical Center.

Bill was the youngest of six children and was born on May 13, 1936 to the late Reginald and Lucille Johnson in Menasha, Wisconsin where he lived his entire life.
Bill joined the Marine Corp and proudly served during the Korean War. Upon his return, he began his 40-year employment at RR Donnelly, formerly known as Bantas, on Midway Road. On September 7, 1957 he married his high school sweetheart Carol Rippl at St. Mary Catholic Church in Menasha.

He enjoyed bowling, most recently on the senior league at Superbowl with is long-time buddy Dick where they were always chasing that elusive 300 game, golf and camping when the kids were growing up. He drove truck for Americanos when they were on the rode for a couple years. He loved his Green Bay Packers, Brewers and NASCAR.

He was preceded in death by his parents; brothers: Leo, Reginald and Robert; sister: Viola; also by his son, David who passed away on October 23, 1992.

Per Bill's wishes, he will be cremated and has requested no service be held.

Bill's family would like to thank the entire staff on the 5th floor at Theda Clark for their respectful, genuine, loving and professional care during this time. You brought the charm out of our Dad. Also a special thank you to Shannon for taking the time to figure things out and to Erin and Lena from Bridgewood for all your help.

God speed and rest in peace. We will always love you and miss you.