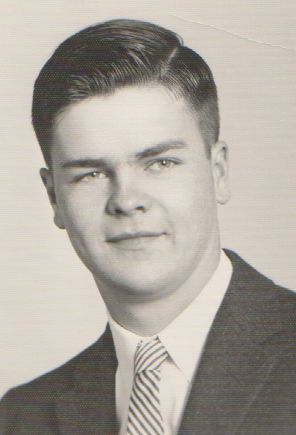 William “Bill” M. Janssen, age 76, of Greenville, passed away on Friday, September 14, 2018. He was born on July 19, 1942 in Green Bay, Wisconsin to the late William C. and Hazel (Klein) Janssen. He married his high school sweetheart, Janice Lambrecht, on April 24, 1964 at Zion Lutheran Church in Appleton.

Bill graduated from Gillett High School in 1961. He then furthered his education at N.W.T.I and earned his degree in accounting. Bill retired from Miller Electric at the age of fifty-five.

Bill and Janice opened their hearts and their home and grew their family by becoming adoptive/foster parents in the late 80’s and forever changing lives.

Bill’s fondest memories where those spent with his family especially his grandchildren. He always looked forward to traveling with family and road trips. Bill was also an avid Packer fan and was able to attend many games.

He is survived by his loving wife, Janice; his children, William “Paul”, Kim, Barb (Dan), Kristina, Kathy (Jeff), Amanda (Chad) and Stephen; his grandchildren and great-grandchildren; his son-in-law, Brad; his sister, Mary Ann; two brothers, Michael (Paula) and Richard (Barb); sisters-in-law, Joyce (Roger) and Jolene. He is further survived by special friends, Bill & Marilyn and many other family members and friends too numerous to list but never forgotten.

In addition to his parents he was preceded in death by, his daughter, Michelle; granddaughter, Kari; his in-laws, Lester & Bernice; brothers-in-law, James and Ben;

The Funeral Service will be held on Tuesday, September 18, 2018 at 11:00 a.m. at PRINCE OF PEACE LUTHERAN CHURCH, 2330 E. Calumet Street in Appleton. Visitation will be held on Tuesday at church starting at 9:00 a.m. until the time of the service. In lieu of flowers, a memorial fund has been established in his name. Online condolences can be shared at: www.wichmannfargo.com.