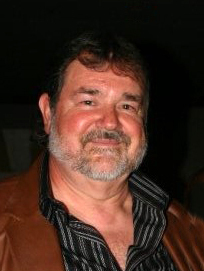 William “Bill” Heiman, age 64, of Menasha, passed away at his home on Saturday, March 22, 2014. Bill was born on June 20, 1949, in Appleton to Marcella (Kosiorek) Heiman and the late Henry F. Heiman. He proudly served his country in the United States Navy in Viet Nam from 1968 to 1972. Bill was employed as a mechanic at Kimberly Clark Corporation for over 30 years, retiring in 2006. He enjoyed hunting, fishing, camping, the outdoors, the companionship of is dog Turk and especially the time spent with his grandchildren. He was a member of the Lower Cliff Fishing Club, the National Wildlife Foundation, the VFW, and the Disabled American Veterans.

Memorial services will be at 1:30 p.m. on Friday, March 28, 2014, at WICHMANN FUNERAL HOME, 1592 Oneida Street, Menasha, with Deacon Don Schultz officiating. The visitation will be at the funeral home on Friday from Noon until the time of services. In lieu of flowers, a memorial has been established in his name. The family would like to extend a sincere thank you to the staff at St. Elizabeth Hospital and especially Dr. McCormick and Dr. Geller, and also the staff at Milwaukee Veterans Administration Medical Center. Online condolences may be offered at www.wichmannfargo.com

Dad, we love you so much it is hard to believe you are not here. Kiah, Tadan and Paxton are going to miss the time spent with their Bumpa–and the sweets and treats. Love forever, Kristy, Tracy and Billy.