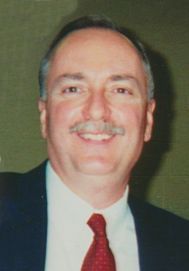 William James Buffington, age 61, of Appleton, passed away unexpectedly on Sunday, September 8, 2013, at his home. He was born in Marshfield, Wisconsin, on December 7, 1951, to Inez and the late Donald Buffington.

For over 33 years Bill enjoyed a career at Fresenius Dialysis Center as Regional Chief Technician, retiring in 2012. Bill did extensive travel during his life. Visiting Europe, African, Canary Islands, Florida Keys, Ireland and a favorite—Door County. He was quite adventurous and experienced many wonderful things during his travels. He also enjoyed fishing, cooking, wine making and photography. Bill was a loving and compassionate brother and son who felt things very deeply.

Bill is survived by his mother, Inez Buffington; and his sisters, Cherri (George) Stanis and her children, Trent (Madgie), Scott, Karl Ernst; Sara (John) Castellanos, all on the West Coast; Charmaine (Paul) Karner and their children, Amy (Steve) King; Erin (Andreone) Paiva, Boynton Beach, Florida; and Philip Karner; his step-children, John (Gabby), Sarah High and their mother Patricia. He will be missed by many other relatives and friends. Bill was preceded in death by his father, Donald H. Buffington; his brother, Donnie; and his grandparents, Ilo and Gladys Buffington and William and Nettie Harmon.

The memorial service for Bill be held at 4:00 p.m. on Sunday, September 15, 2013, at the WICHMANN FUNERAL HOME, 537 N. Superior Street, Appleton. A time of visitation will be held from 2:30 p.m. until the time of the service. Inurnment will be held at 11:00 a.m. on Monday, September 16, 2013 at the Camp Douglas Cemetery. Online condolences may be offered at www.wichmannfargo.com