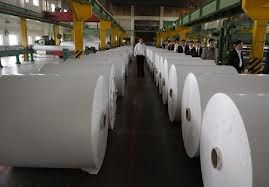 William A. Siekman, Appleton, passed away at the Appleton Medical Center on Tuesday, February 26, 2013 at the age of 96. Bill was born in Kansas on November 18, 1916, son of the late Albert and Elsie (Hein) Siekman. Bill received a degree from Oklahoma State University, and continued with his post-graduate studies at Lawrence University in Appleton. On October 12 of 1946, he married the former Martha Boyd of Appleton. In that same year, Bill went to work for Martha's father, Charles Boyd who was the founder of Appleton Coated Paper Company. His first charge was to develop a Human Relations Department, which he did with great success. Appleton Coated Papers is still recognized as a corporate leader in company sponsored health and fitness programs. In 1963, he joined the Board of Directors at Appleton Papers, and retired in 1981 as Chairman of the Board. Since the time of his retirement he has title of Chairman Emeritus.

Bill's contributions to the community are countless. The Siekman / Boyd family has a proud history at Lawrence University; there have now been five consecutive generations of the family to graduate from Lawrence. For this reason, the Siekman family has developed a series of family scholarships at the university. Over ninety per cent of students receive some type of financial assistance at Lawrence, and the Siekman family has been privileged to assist these students for many years. Bill recently received special recognition from the Association of Fundraising Professionals; the family was awarded the Outstanding Lifetime Philanthropy Award on November 15, 2012. Bill was also instrumental in the development of the area's Junior Achievement Program, was given their Gold Leadership Award, and developed a scholarship for JA. He also was a member of the Wisconsin Business Hall of Fame, was a supporter of the Appleton YMCA, as well as many other philanthropic interests in the Valley. His and Martha's legacy will forever be intact due to the founding of the Martha Siekman Cancer Center at the Appleton Medical Center. Thousands of patients have received treatment and found comfort there, due to the Siekman family's generosity.

Beginning in 1974, Bill and Martha cared for two special young men for many years, Peter and David Jorde. David passed away in 2006. Peter now lives in California with his wife Tamara, and David's wife, Robin, resides in Neenah.

Bill was preceded in death by his parents, his beloved wife Martha in 1981, a brother August Siekman, a brother-in-law Lyle (Cay) Spencer, and a niece Terry.

The funeral service for Bill will be held at 11:00 AM on Monday, March 4, 2013 at MEMORIAL PRESBYTERIAN CHURCH, 803 E. College Avenue in Appleton, with Rev. Michael Goodwin officiating. Friends may call at the Wichmann Funeral Home in Appleton on Sunday from 1:00 PM until 4:00 PM, and again Monday at the church from 10:00 AM until the hour of the service. Online condolences may be offered at www.wichmannfargo.com.