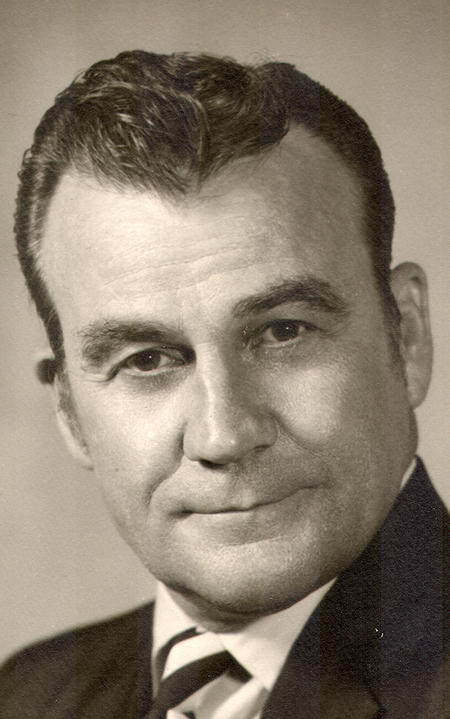 Bill Foelker, beloved husband, father, grandfather and friend entered eternal life late on the afternoon of Sunday November 28, 2010 at the age of 95.

Bill was born to Emil and Theresa (nee Kluck) Foelker on May 14, 1915 in the small town of Hatley, Wisconsin. After completing his secondary studies at Wausau High School in 1933, Bill attended Oshkosh Teacher's College (now University of Wisconsin – Oshkosh) in pursuit of an Undergraduate Degree in Medicine. Shortly after the conclusion of his instruction, Bill relocated to Appleton, where he accepted a position with Appleton Wire Works as a wireweaver. In 1957, Bill began his professional career with Combined Insurance Company of America (now Aon Corporation). In his capacity as a Regional Manager for Combined, Bill was responsible for the oversight of a seven-state territory. Bill remained in Combined's employ until his eventual retirement in 1985.

During a chance encounter in the spring of 1939, Bill laid eyes on the love of his life for the first time. Having seen Arnita (nee Litzkow) as she departed her place of work and without exchanging so much as a word between them, Bill turned to a friend and said “I am going to marry that girl.” True to his word, Bill and Arnita were united in matrimony on March 9, 1940 in Dubuque, Iowa. The couple was blessed with three beautiful, healthy children, many laughs and a union filled with love and unending devotion to one another. In a true testament to their commitment, Bill and Arnita recently celebrated their 70th wedding anniversary.

Bill was an avid hunter and angler, and a lifelong member of the Appleton chapter of the Elk's Club. Eager to impart his love of the outdoors, Bill shared his wealth of knowledge and experience of all things sporting with his grandchildren. In doing so, Bill helped to shape and influence their lives, blessing them with countless fond memories of time spent with their “Papa”. An active and always-involved parent and grandparent, Bill's children and grandchildren benefited daily from his unwavering generosity, support, guidance and affection. His direct and honest carriage, his abiding sense of humor and his unique personality serve to spotlight the irreplaceable nature of his rare spirit and zest for life. Bill was and will remain an inspiration to those he leaves behind.

To celebrate Bill's life, a Mass of Christian Burial will be conducted at 10:30 a.m. on Saturday, December 4th, 2010 at ST. JOSEPH CATHOLIC CHURCH, 410 W. Lawrence Street, Appleton, with Fr. Jim Leary officiating. Friends and Family will be received at the church for visitation from 9:00 a.m. until the time of Mass.

In lieu of flowers, the family asks those inclined to contribute to the select charities whose purpose and mission do honor to Bill's principles as a sportsman and animal lover; specifically Whitetails Unlimited (Sturgeon Bay) and/or Fox Valley Humane Association (Appleton).

To “Papa”,
Your loss weighs heavy on our hearts, and words cannot express the depth of our gratitude for all that you are and all that you gave to each and every one of us. In your honor, we promise to live each day to its fullest, and to strive always to do well and be well in tribute to your memory. Forever in our thoughts and hearts…