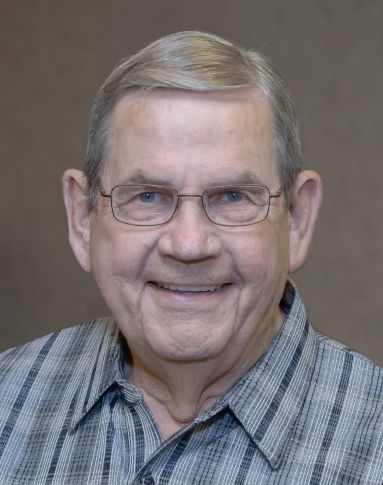 Bill graduated from St. John's in Little Chute, WI, served in the U.S. Coast Guard as a Gunner's Mate from 1951 to 1954; worked at Kimberly-Clark Corp. as an Industrial Sheet Metal tradesman for 25 years, served as head union representative, and was President of Holy Name School Board. Bill and Darlene loved spending time at the cabin on Pelican Lake; fishing, making big family meals, taking in the sunshine, being mister fix-it (ultimate DIYer), playing cards, reading, talking with friends, and being with family.

The Funeral Liturgy for Bill will be held at 11:00 a.m. on Monday, June 26, 2017 at Holy Spirit/Holy Name Catholic Church, 600 East Kimberly Avenue, Kimberly, with Father Bob Kollath officiating. Visitation will be held from 9:00 a.m. until the time of Mass. Online condolences may be expressed at www.wichmannfargo.com.

The family would like to thank all the friends, relatives, dedicated staff at Compassus Hospice, Dr. Demery, and his caregivers.

“You are a strong, steady force in our family! You taught us to love a good fish fry, love through life's challenges, and many more life lessons. We will miss you greatly. Heaven gained another angel, and a great one at that. We will miss your smart remarks, troublemaking, telling stories, and smile — love you forever.”