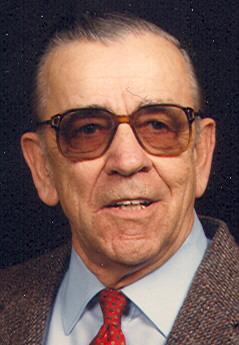 Age 91, passed away in Grand Chute on Saturday, August 14, 2004. He was born on January 17, 1913 in Appleton, the only child of the late Otto and Emma (Schroeder) Maves. Weldon grew up on farms in the Shiocton and Greenville area. On June 20, 1936 he married Alice Habeck in Bonduel, WI. Alice preceded him in death in 1980. Weldon worked at Art Fuerst Implements and Fox Tractor before retiring in 1978. Weldon will always be remembered for his love for his children, grandchildren, family, friends, and fishing at his cottage at Anderson Lake. His never ending stories, great sense of humor, and the E-mails to his computer buddies. We love you Dad, say hi to Mom. Catch ya later at www.heaven.com.

The funeral service will be at 11:00 a.m. on Thursday, August 19, 2004 at EMMANUEL UNITED METHODIST CHURCH, 740 East College Avenue, Appleton, with Rev. Lynn Kollath officiating. Friends will be received at the Wichmann Funeral Home on Wednesday from 4:00 p.m. until 8:00 p.m. and at the church on Thursday from 10:00 a.m. until the time of the service. Burial will be at Highland Memorial Park.

A memorial in Weldon‚Äôs name is being established for Emmanuel United Methodist Church.