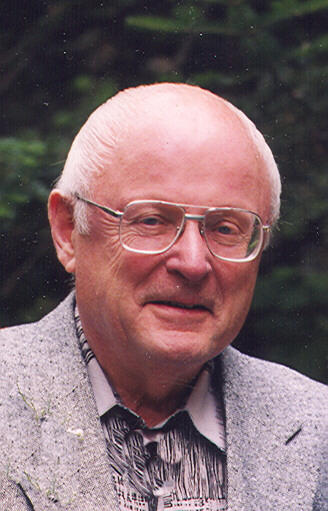 Dr. Wayne Samskar, 81, formerly of Duluth, MN, passed away Friday evening, September 25, 2009 at Appleton Medical Center. Wayne was born in Duluth, MN on May 7, 1928, to the late Victor and Sadie (Johnson) Samskar. On July 3, 1948 Wayne was united in marriage to Dorothy Nelsen.

Dr. Samskar was a graduate of Denfeld High School in Duluth, MN, class of 1945 and later served as their school principal for 14 years, retiring in 1984. He also taught or was a principal at Wrenshall, Stowe, Morgan Park, Lincoln, Proctor and Woodland schools, all located in the Northern Minnesota area.

In 1973, he received his doctorate from the University of Minnesota, Minneapolis campus, in between his responsibilities at Denfeld. After retirement, he served as Scholarship Administrator for the Duluth/Superior Area Community Foundation. He was an accomplished musician and played with local bands and orchestras for a number of years. He was an army veteran, Mason, past-secretary of the Rotary Club of Duluth #25 and participated in numerous state and national educational organizations. He loved Lake Superior, Pike Lake in MN, and the special community of people there. He was an avid canoeist, and the “fearless leader” of the Pike Lake cross country skiing group. For the past 15 years, Wayne wintered in Sun City Arizona, and was active in the Minnesota Club there.

In 1974, Dr. Samskar established the Greater Denfeld Foundation that currently has in excess of $6 million for student scholarships. Since 1974, the Foundation has dispensed nearly $1 million to area students. Samskar was also a key player working with architects in the 1987 addition and renovation at Denfeld.

He was preceded in death by his son Mark.

Memorials may be made to the Greater Denfeld Foundation, 4405 W 4th St. Duluth, MN 55807, the Pike Lake Community Presbyterian Church, or the American Diabetes Foundation.