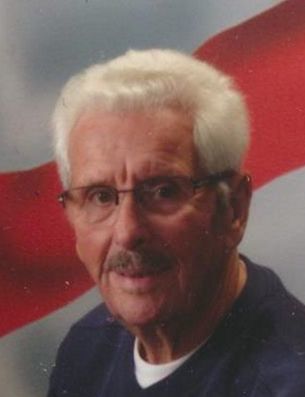 Wayne Lloyd Missling, age 86, of Appleton, passed away peacefully on Sunday, November 27, 2016, at Country Villa Assisted Living in Freedom, with his loving family at his side. Wayne was born on March 28, 1930, in Appleton, to the late Victor F. and Della (Schwann) Missling. He married Patricia Liebsch on August 8, 1951; she preceded him in death on December 24, 1999. Wayne proudly served his nation in the United States Army from 1951 to 1953. He was employed as a truck driver for United Foods/Roundys for over 29 years, retiring in 1985. During his truck driving career, Wayne was a proud member of Teamsters Local # 563. Following his retirement as a truck driver, he was the Assistant Manager of the Price County Airport in Phillips for 15 years. Wayne was a loyal member of the American Legion Posts in both Phillips and in Arizona. He was well-known for his beautiful smile; his keen sense of humor; his enjoyment of card playing, gaming at the casinos during his retirement, and music (especially polkas). Wayne had a beautiful voice and was a member of the choir at Trinity Lutheran Church in Appleton, St. John Lutheran Church in Phillips, and Christ the King Church in Combined Locks where he was a charter member.
Wayne was a loving and caring son, husband, father, grandfather and great grandfather. Survivors include his children, Linda (David) Krabbe, Appleton; Thomas Missling, Freedom; Lori (Sam) Longsine, Kaukauna; and Cynthia (Bruce) Klarner, Greenville; his grandchildren, Kristy (Thomas) Danielski, Chad (Michelle) Krabbe, and Kevin (fiancée Francisca Villarreal) Krabbe; and his great grandchildren, Brianna, Autumn Rose, Brock, Kevin, Jr., Kylie, Kaydence, Jett, and Chad, Jr. He is further survived by many nieces, nephews, other relatives and friends. Wayne was preceded in death by his sons, Wayne, Jr. and Michael Jon; his great grandson, Dylan Wayne, and his five brothers, Donald, Kenneth, Clyde, Ralph and Stanley Missling.
Funeral services for Wayne will be at NOON on Thursday, December 1, 2016, at CHRIST THE KING LUTHERAN CHURCH, 601 S. Washington Street, Combined Locks, with Rev. Nate Gauerke officiating. Friends may call at the church on Thursday from 9:00 a.m. until the time of services. Interment will be in Highland Memorial Park. In lieu of flowers, a memorial has been established to benefit the Building Fund at Christ the King Church. Wayne's family would like to thank Dr. Brian Scott and his staff, and Tina, Sandra, and Ken, and the entire staff of the Country Villa Assisted Living, for their loving care. Online condolences may be offered at www.wichmannfargo.com.