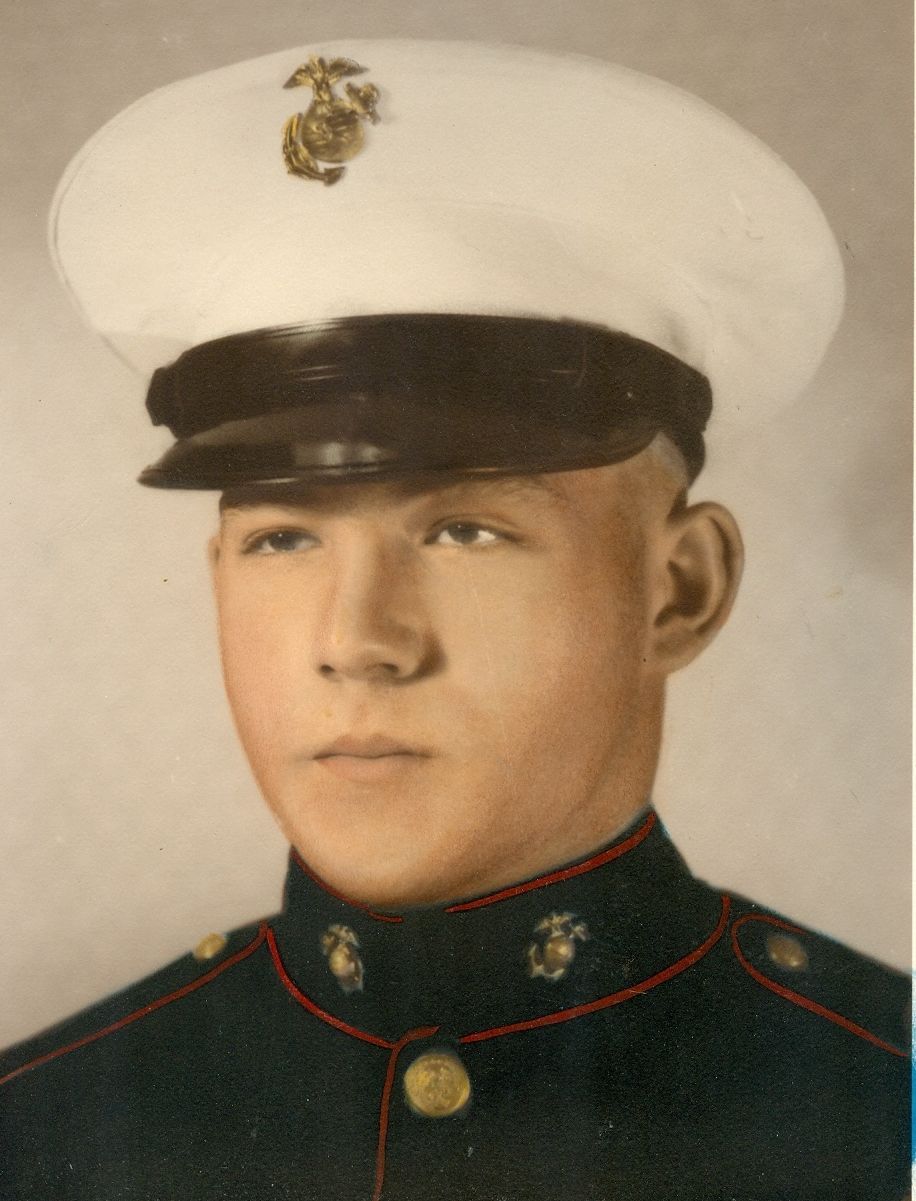 Wayne Owen, age 80, passed away at St. Elizabeth Hospital in Appleton on Wednesday, January 13, 2016. Wayne was born in Mattoon, Wisconsin, on New Year's Day, 1936, the son of the late George and Edna (Pollock) Owen. He was a graduate of the Mattoon High School, and shortly after graduation entered into military service in the United States Marine Corps. During his military service, he married Lois Wood in Birnamwood. His entire career was dedicated to engineering and machining and he was employed by various paper manufacturing industries in the area. His crowning achievement was being asked to travel to China, as the consultant on a paper materials processing plant, to be built from the ground up. He did so, overseeing everything from the design of the building to the training the workers. Lois was able to be in China with him for part of this time. Wayne had a brilliant mind for machines of all kinds, loved anything that had an engine or motor. He literally was Mr. Fix-It, and could dismantle and reassemble anything from a motor boat to a computer. He loved hunting and motor-sports of all kinds. Wayne also had an artistic side, and was an accomplished photographer.

The funeral service for Wayne will be held at 2:00 PM on Saturday, January 16, 2016 at BETHANY LUTHERAN CHURCH, 124 W. 10th Street in Kaukauna with Rev. Levi Willms and Rev. Steven Pockat officiating. Full military honors for Wayne will follow the service, and interment will be in Woodlawn Cemetery, Mattoon. The family will receive relatives and friends at the church on Saturday from 12:00 Noon until the time of the service. For more information, or to share a memory of Wayne, please visit www.wichmannfargo.com.

Wayne was a loving husband, father, grandfather, uncle, and friend and was the patriarch of the entire Owen family. We all feel honored to have been part of his life and know that dad will always be there for each of us. He was admired by all and everyone who knew Wayne was blessed by their friendship. We will miss you dad.