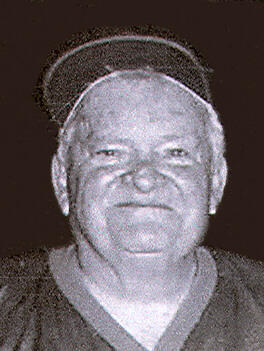 Wayne David Bogan, age 86, passed away peacefully on Sunday, June 28, 2009, at the Wisconsin Veteran's Home in King. He was born in Milwaukee on September 1, 1922, the son of the late Walter and Elenor (Vredenberg) Bogan. Wayne graduated from Appleton High School in 1940 and was drafted into the Army during World War II. In 1943, after his dedicated and honorable service to his country, Wayne worked for the Appleton Postal Service as a carrier for 20 years. On September 2, 1964, in Des Moines, Iowa, Wayne married his loving wife, Dorothy J. Bogan. She precedes him in death. After working for the post office, Wayne worked as a pin setter mechanic in Milwaukee in the bowling industry until his retirement in 1985. A special thanks to Eddie Vhradian, his employer and longtime friend. Wayne enjoyed his flowers, bird watching as well as making bird houses, crafting and history.

In lieu of flowers, a memorial fund for Wayne has been established.

Wayne's family would like to extend a sincere thank you to all the staff at the Wisconsin Veteran's Home at Olson Hall for all their care and support for our dad.