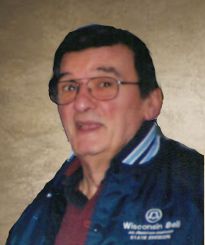 Butch passed away on January 31. He was born in Appleton, WI on July 28, 1941 to Roger and Margaret (Sparks) Krueger. After high school he joined the Air Force, serving in San Antonio, TX, Denver, CO and then in Bitburg, Germany. He truly loved his four years in Germany, where he fell in love with and married his wife Wilma, starting their life together including being happily married for 54 years. After his honorable discharge they returned to Appleton where he worked for Wisconsin Bell until his retirement in 1993.

He was a life member of the Telephone Company Pioneers, coached flag football, was an avid sports fan, especially of the Cubs and Packers, and loved playing cribbage all his life. He will be sadly missed by his wife who took care of him through a variety of serious medical issues over the past years. It was tough going at times, but he always made it through. He will be sadly missed by his family and friends.

He is survived by his wife Wilma (Finke), son Mike (Connie), brothers Robert (Gitta), Dick (Corrine), and many cousins, nieces and nephews. He was preceded in death by his parents, Roger and Margaret (Sparks), sister Donna (Richard Merkel), in-laws Peter and Lena (Weber) Finke, and his aunts and uncles.

The funeral service for Butch will be held at 6:00 p.m. on Tuesday, February 5, 2019, at the WICHMANN FUNERAL HOME DOWNTOWN, 537 N. Superior St., Appleton, with Deacon Jeff Hofacker officiating. A time of visitation will take place from 4:00 p.m. until the time of service. Following the service, Butch will receive full military honors. Online condolences may be expressed at www.wichmannfargo.com.