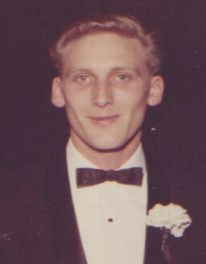 Walter H. Seehawer, age 73, passed away on Sunday, January 7, 2018, surrounded by his beloved family. He was born February 19, 1944 to the late Elder and Geraldine (Ruwoldt) Seehawer. After graduating high school, he became an apprentice sheet metal worker. He then joined the Army National Guard and was honorably discharged after six years. After the military, he worked as a sheet metal journeyman. In his free time, Walter enjoyed working with his hands, from sheet metal, to woodworking, or in more recent years, ceramics. He also loved spending time with people, teaching others to do the projects that he enjoyed so much.

He was preceded in death by his parents, three brothers: Bob, Dick and James Seehawer, and sister, Yvonne Gambsky.

A memorial service will be held in memory of Walter at 12:30 p.m. on Friday, January 12, 2018 at HIGHLAND MEMORIAL PARK, 3131 N. Richmond St., Appleton. There will be a time of visitation from 11 a.m. until the time of service. Online condolences may be expressed at www.wichmannfargo.com.