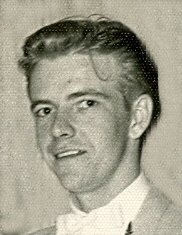 Walter Brummond, age 78, passed away on Father's Day evening, June 17, 2012. His loving wife and family was at his side. Walter was born in Augusta, Wisconsin on October 10, 1933, son of the late William and Tobea (Zilsdorf) Brummond. Walter was a 1951 graduate of Eau Claire Memorial High School, and served his country in the United States Air Force in the Strategic Air Command. He was also a member of the Sherwood American Legion, Thomas Kees Post #496. On May 25, 1957, he married the former Constance Eggers at St. Matthew Catholic Church in Milwaukee; she survives. Walter started his career with an apprenticeship at Cramer Krasselt Advertising in Milwaukee where he worked as a compositor. Later, he became one of the first employees at Printron Engravers in Neenah. He worked there from 1963 until his retirement in the late 1990's. Walter loved to tinker, work outdoors, listen to country music, and watch western movies. He also enjoyed spending time with his family, especially with the little ones. Many will remember his skill at sheepshead and poker.

A memorial mass for Walter will be held at 11:00 AM on Saturday, June 23, 2012 at SACRED HEART PARISH, N349 Military Road in Sherwood, with Fr. Michael Betley officiating. Interment with full military honors will follow at the parish cemetery. Friends may call at the church on Saturday morning from 9:00 AM until the time of the service. In lieu of flowers, a memorial fund is being set up for tuition assistance at St. John Sacred Heart School. Online condolences may be offered at www.wichmannfargo.com.