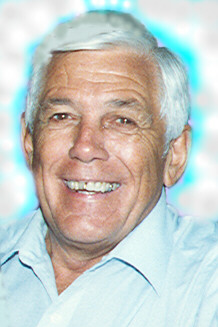 Walter G. Cotton, age 86, of Appleton, passed away at the home of his daughter in Houston, Texas, on Thursday, May 7, 2009. Wally was born in Appleton, Wisconsin on February 5, 1923, to the late Grover and Bertha (Knoll) Cotton. He married Marjorie Foxgrover on June 7, 1951; she preceded him in death on November 25, 1982. Wally was a loving husband, father and grandfather. He proudly served his country as a member of the U. S. Army during World War II, participating in the D Day invasion. Wally was the Director of Sales for Cigarette Services of Appleton, for almost 40 years, retiring in 1985. He was a member of the VFW-Burns Post #2778, the Knights of Pythias, the Builders Bowling League at Hahn's Bowling Alley, The Thursday Golf League at Reid Municipal Golf Course and was a volunteer for Meals on Wheels. He enjoyed traveling to see his children and grandchildren. Survivors include his children, Susan (Scott) Ramsey, Houston, Texas; Carla (Stephen) Romanelli, Cincinnati, Ohio; and Kevin (Georgina) Cotton, Cincinnati, Ohio; his five grandchildren, Kristin and Jessica Ramsey, Alice and Nicholas Romanelli, and Alexander Cotton; his sister, Glady (Bud) Wolf, Appleton; his sisters-in-law, Elaine Cotton, Appleton; Ginny Cotton, Appleton; Joann Klitzke, Appleton, Sue DeWitt, Memphis, Tennessee; Jane Foxgrover, Milwaukee and Joyce Foxgrover, Appleton. He was preceded in death by his brothers, John, Howie and Bob Cotton. The Funeral Liturgy will be at 11:30 a.m. on Wednesday, May 13, 2009, at ST. PIUS X CATHOLIC CHURCH, Appleton, with Fr. Thomas J. Farrell presiding. Friends may call at the Wichmann Funeral Home, Appleton, on Tuesday from 4:00 p.m. to 8:00 p.m. and directly at the church on Wednesday from 10:30 a.m. until the time of services. A memorial has been established in Wally's name to benefit St. Pius X Catholic Church and the Meals on Wheels program.
Wichmann Funeral Home
537 N. Superior Street
Appleton 739-1231
Online Condolences
www.wichmannfargo.com