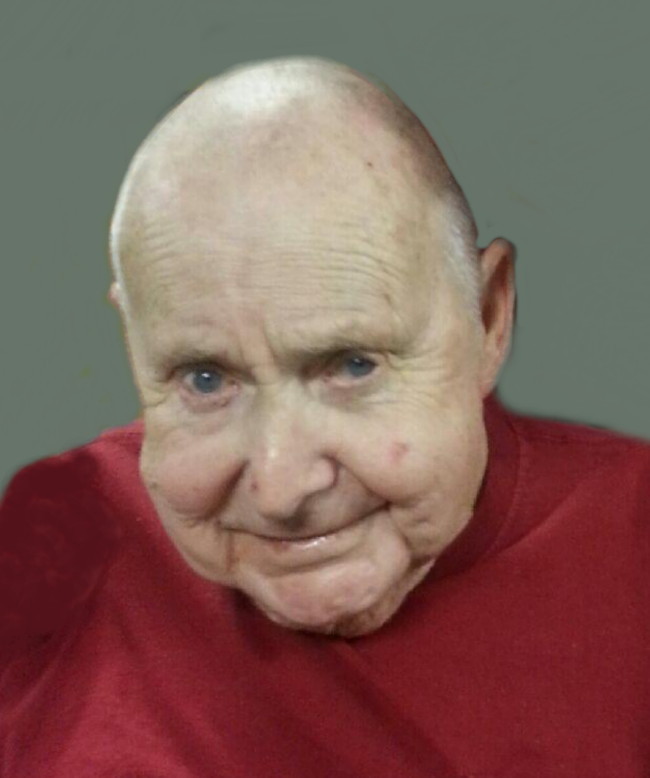 Wallace “Wally” Olson, age 94, died Sunday afternoon, July 13, 2014 at Shawano Medical Center. He was surrounded by his family and supported by their love as he completed his earthly life and joined his dearly loved and deeply missed wife of nearly 68 years, Toots, who died in May 2013. Not a day went by that he didn't ask God to take good care of her for him.

Wally, originally from Clintonville, was the son of the late Norman and Ethel (Bodoh) Olson. He was proud of having enlisted in the Wisconsin 32nd National Guard BEFORE he was legally old enough. He was activated with Wisconsin's 32nd Red Arrow Division for World War II and served with the United States Army in the Phillippine Liberation. Attending Division reunions in Clintonville was something he enjoyed.

After the war and some adventures around the country, he met and married Valda “Toots” Schmidt in 1945. Wally started as a painter with his dad before he and his wife bought a tavern in Navarino. Since that was no place to raise a family, by 1947 he was driving truck, the profession that lasted until retirement. As a semi driver with Millions of Miles, he logged more than 35 of those in a row with safe driving awards. Wally drove for Olson Transportion and CW Transport, from which he retired. After retirement he bought two pick-ups just to keep some kind of truck “in his blood”.

Wally and Toots built a lifetime of memories in Appleton where they were members of St. Matthew Lutheran Church. Their longtime cottage at Three Lakes, WI became the place they enjoyed retirement summers with winters in Clearwater, FL. In 2011 they moved to Kimberly to live with granddaughter, Jennifer, on Bluebird Lane. For 3 years the neighbors could see Wally riding his red power chair around his regular neighborhood route or having coffee and a fritter at Mom & Pop's Bakery.

In May Wally moved to Evergreen Care Center, Shawano, and found a wonderful new home there with his sister and fellow resident, Gladys Krueger. The two were happy to be together and reminisce about their childhood. The siblings enjoyed all meals together and Wally took special care to make sure Gladys at least tried all her food. He even learned he loved to play bingo. Wally's last great adventure was an afternoon ride with granddaughter Jennifer to Nueske's at Wittenburg where she surprised him with a BIG cup of buttermilk. He loved every drop.
Wally is survived by his daughter and son-in-law, Sharon & Larry Olski (Neenah) with whom he spent much time, especially many joy-filled hours of playing cribbage with Larry; his son James (Patti) Olson (Barrington, IL).

Funeral services will be at 11:00 a.m. on Wednesday, July 16, 2014, at ST. MATTHEW EV. LUTHERAN CHURCH, 129 S. Mason Street, Appleton, with Rev. Thomas Mielke officiating. Friends may call directly at the church on Wednesday from 9:30 a.m. until the time of services. Interment will be in Highland Memorial Park. Online condolences may be offered at www.wichmannfargo.com

The family would like to give special thanks to Diane, Deb, Jeff, Dr. Mindy and Dr. Andrews -Fike for the kind and gentle care you provided to Wally during his entire time in your care at Shawano Medical Center. To all those who walked through his door, you were so kind. You did your profession proud, you are appreciated.