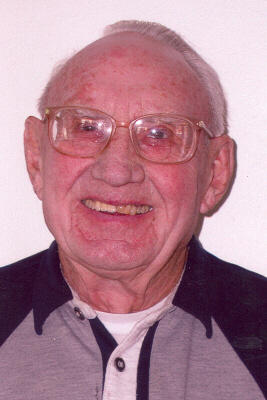 Wallace F. Latshaw, 91, passed away on Monday, May 10, 2011 at Appleton Health Care Center. He was born on January 18, 1920 in Durand, WI, the son of the late Wallace R. and Theresa (Helbig) Latshaw. He married Helen Palecek in 1953 and resided in Kimberly. He worked at the Kimberly mill for 38 years before retiring in 1985. He was a member of the Kimberly Presbyterian Church.

Wallace enjoyed hunting and fishing and just generally being outside. He was a member of the Kimberly Recreation Association and liked volunteering when the World Softball Tournament was in town. He was a handyman and was always willing to help everyone.

Memorial service will be held Saturday May 14, 2011 at 1:00 pm at the JANSEN-FARGO FUNERAL HOME, with Rev. Will Tabb of Kimberly Presbyterian Church officiating. Visitation will begin at 11:00 am until the hour of service.

The Family would like to extend a special thank you to the staff at Appleton Health Care Center for their wonderful care and support.