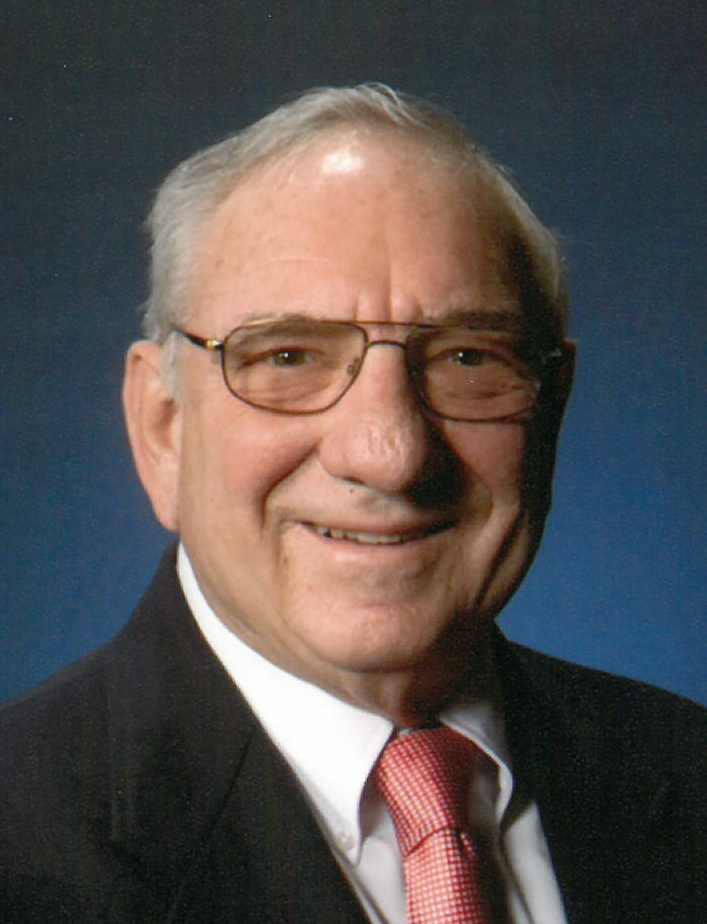 Initially, Waldemar attended public schools in Manitowoc. In November 1939, the family moved to Mishicot, where he attended elementary and high school in the Old School building. He lettered in football and basketball, becoming Captain of the football team his senior year as well as Senior Class President, graduating in 1950.

As a young teenager, he was boarded out to work on a farm during school vacations and weekends. It was during this time, when he was 15 years old, that his father suffered a severe disabling stroke. When he turned 16, he sought other employment, which led to working at a furniture store and funeral home, where he remained working after graduation from High School. Despite a number of scholarships, he was unable to attend college, because he had to work to contribute to the family’s finances.

When he turned 19 and received his draft notice, he enlisted in the Navy. He became a Hospital Corpsman, serving 30 months of his 4-year enlistment on the USS Wright CVL-49. It was onboard this ship that a fellow corpsman convinced Wally to go into medicine rather than become a mortician.

Upon his discharge from the Navy in February of 1955, he began working at Two Rivers Municipal Hospital as an orderly. It was while working at this hospital that he met Alice Schramm, a new graduate from nursing school. When autumn arrived, Wally started his pre-med training at the University of Wisconsin – Madison, returning during semester breaks and summer vacations to work at the hospital in Two Rivers.

Alice and Wally were married on August 31, 1957, after which Alice worked at the University Hospital, until Wally graduated from Medical School in June of 1962. While in Madison, their first child, Ellen was born. After graduation, Wally began an internship at St. Luke’s Hospital in Duluth, Minnesota and finished the Internship on July 1, 1963. While in Duluth, their second child, Kurt was born.

Upon finishing his internship, Wally joined the Kaukauna Clinic, where he practiced Family Medicine until his retirement in August 1998. During his practice at the Kaukauna Clinic, he served over 25 years, and was also as Medical Director of the St. Paul Nursing Home for 10 years. He represented the County Medical Society on the Outagamie County Highway Safety Commission, served as an Adjunct Professor in the UW Oshkosh School of Nursing where he provided clinical training in the Nurse Practitioner program for nine years, and was part of the Board of Directors of St. Paul Elder Services. Wally was also a member of the Kiwanis Club, and elected president twice, served on the Immanuel United Church Cemetery Board, Social Concerns Committee, and Pastoral Concerns Committee,

In 1970, Alice and Wally built a cottage on Legend Lake, which was a wonderful refuge for the family from the busy practice. The family managed also to have an annual automobile trip, sight-seeing America. Also, when the practice allowed, Alice and Wally would vacation in Mexico with friends.

After retirement, Alice and Wally traveled to Europe, Greece, Turkey, Australia, New Zeeland, Japan, China and Thailand. Wally contacted and corresponded with relatives in Germany, with whom Alice and Wally along with son Kurt and his family visited several times.

Waldemar was preceded in death by his loving wife Alice who died August 8, 2017, His parents, Sanford and Dora Wolfmeyer, his in-laws, Louis and Leona Schramm, his sister Donalgene Campbell.

Funeral services for Wally will be held at 12:00 PM on Saturday, January 5, 2019 at Immanuel United Church of Christ, located at 510 Sullivan Avenue in Kaukauna, with Rev. Lynn Martin officiating. Family and friends are invited to gather at the church on Saturday from 10:00 AM until the hour of the service. For more information or to share a memory of Wally, please visit www.wichmannfargo.com.

The family would like to offer their sincere thanks to the special people who cared for Wally. They include everyone at ThedaCare at Home Hospice, and the physicians and staff at St. Paul Home. Our grateful family will never forget your kindness.