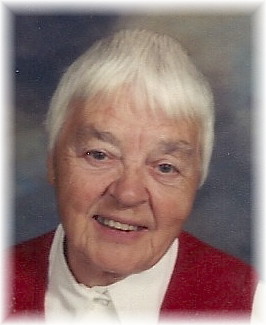 Vivian F. Thiede, age 94, went home to meet her Lord and Savior on Saturday, May 11, 2013, at Oakridge Gardens Nursing Home at Menasha. Vivian was born on July 3, 1918, in Neillsville, Wisconsin, to the late Arthur and Martha (Nitschke) Drescher. She was united in marriage to Eugene Thiede on July 3, 1941; he preceded her in death in 1997. Vivian began her teaching career in one-room country schools where she arrived early to build a fire to have the room warmed by the time the students arrived. Throughout the years she taught in Granton, Marshfield and Tomahawk school districts, retiring from Tomahawk in 1981. Her love for God and family was evident by the way she lived her life. When not in school Vivian enjoyed her vegetable garden, her berry patch and tending her beautiful flower gardens. Vivian was an active member of Grace Lutheran Church in Tomahawk until moving to Appleton in November of 2001. Following her retirement, Vivian and Gene enjoyed wintering in Florida for 16 years.

Memorial services will be held at 11:30 a.m. on Wednesday, June 26, 2013, at ZION AMERICAN LUTHERAN CHURCH, W2840 Hill Road, Granton, Wisconsin, with Rev. Dale Wilford officiating. Friends may call directly at the church on Wednesday from 10:30 a.m. until the time of services. Interment will be in Zion American Lutheran Cemetery. The family would like to extend a sincere thank you to the staff at Oakridge Gardens for their kind and compassionate care of Vivian. Online condolences may be offered at www.wichmannfargo.com