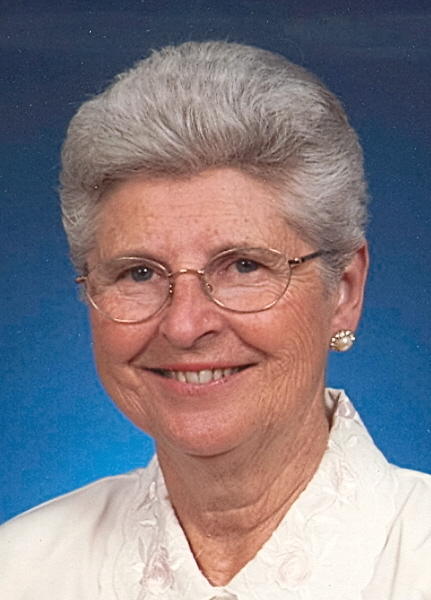 Virginia Mae Hartzheim, age 79, of Kimberly, passed away on Sunday August 11, 2013 at Kimberly Grand Horizons. Virginia was born on October 4, 1933 in the Town of Stockbridge to the late Karl and LaVerne (Zick) Daniel. On March 14, 1951 she married Norbert William Hartzheim. He preceded her in death on March 10, 2007. Virginia enjoyed cooking for her family, gardening, reading on her porch in Arkansas, and spending time with her family and friends. She was a lifelong member of the Kimberly Presbyterian Church in Kimberly.
Virginia is survived by her children: Wayne (Mary) Hartzheim, Sherwood; Linda Green, Phoenix, Arizona; Samantha (Scott) Burroughs, Greenville; and Darrel (Sun Zielinski) Hartzheim, Kaukauna; grandchildren: Zane Yunk, Brett Yunk, and Uriah (Elissa) Van Ooyen; great grandchildren: Jessica and Hunter Pahl; Ivy and Ian Van Ooyen; and Malena Yunk. She is also survived by her brother, Fred (Barb) Daniel; sister, Kathy (Marvin) Van Dyke; great aunt, Marie (Daniel) Juhre; nieces, nephews, and other relatives and friends, both in Wisconsin and Arkansas.
She was also preceded in death by her granddaughter, Sativa Van Ooyen and an infant brother, Marvin.
The memorial service for Virginia will be held at 11:00 am on Friday, August 16, 2013 at the Kimberly Presbyterian Church, 206 John Street in Kimberly. Rev. Wil Tabb will be officiating. Friends may call on Thursday from 4:00 pm until 7:00 pm at the Jansen-Fargo Funeral Home and again on Friday at the church from 10:00 am until the time of service. In lieu of flowers, memorials to the Alzheimer's Association – Greater Wisconsin Chapter are appreciated. Online condolences may be offered at www.wichmannfargo.com.