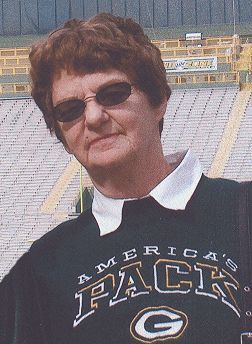 Virginia “Ginny” Ann Pinney, age 82, of Kaukauna, passed away unexpectedly on April 4, 2014 at her home. Ginny was born on November 20, 1931, daughter of the late Walter and Fern (Cornell) Nelson. She graduated from Washington Island High School in 1949 and a year later married Dudley Justinger. He preceded her in death in 1958. Ginny found love again and married James Pinney M.D. in 1960. He preceded her in death in 1993.

Ginny enjoyed many things in life: gardening, bird watching and being outside. She also enjoyed her “girls” Coco and Penny her dogs. She was also an avid Packer fan. Above all, she cherished the time she spent with her children, grandchildren and great grandchildren.

She was preceded in death by her parents and her husbands, as well as her sons: Jerry and Daniel; great granddaughter Grace and a great grandson; and her brother: Walter.

A memorial service for Ginny will be held at 11:00 a.m. on Friday, April 11, 2014 at the FARGO FUNERAL HOME, 400 W Wisconsin Ave, Kaukauna. Friends may visit the funeral home from 10:00 a.m. until the time of service. Online condolences may be offered at www.wichmannfargo.com. A memorial fund has been established in Ginny's name.

Ginny's family would like to thank her special neighbors, Bruce and Geri Rock, for being so kind and helpful.